I wish she wouldn't 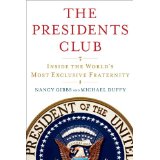 She's baaaack! Kathy, that is. First she called when my mom was in the hospital, offering to give me a ride to visit. I thanked her but told her I was good.

Now she bought me The Presidents Club. No reason, just because. She's heard a lot about it and the more she hears, the more certain she is I would like it.

I am dying to read it. I'm just not dying to see Kathy again.

I don't want to hurt her feelings. I don't want "revenge" for what she did. I just want this relationship to fade away.

I thanked her for thinking of me but was completely noncommittal about getting together. I can't very well say, "mail it to me." That would be mean and again, I don't want to be cruel. But I don't have the stomach to deal with her anymore.

I know I'm being passive-aggressive, which isn't normally my style, but you know what? I already feel like she's victimized me enough and that I do resent. I'm pissed that she's putting me in the position of having to deal with this unpleasantness. And so I'm not gonna. I'm going to do the bare minimum to be polite and hope she gets the message.

This weekend's challenge: Create a scene that involves (or affects) at least three people. Write it from the point of view of three of the characters, using 33 words for each character.


Why is it all I ever see is the part of his hair? We’re at the restaurant where we had our first date, and is he gazing into my eyes? No. He’s TEXTING.
##

Re: FTD Order #F218810. The Deeply Devoted roses & vase arrangement. Confirmation email said it would be delivered to the Atwood Café 1 W. Washington before 7:00. It’s not here. WHERE IS IT?
##

Look at that couple in the candlelit booth with a view. His thumbs are working overtime on that Blackberry and she looks mad enough to spit glass. They make me grateful I’m single. 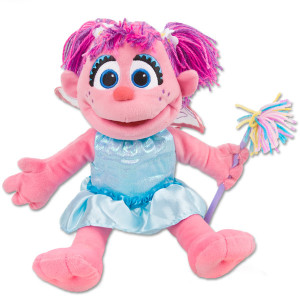 Ever since 2012 dawned, I have started my workday walking past the card shop in our office building. And little Miss Abby Cadabby of Sesame Street fame has greeted me from the window. I actually looked for her, and enjoyed seeing her. But apparently so did someone else! In the words of Hall & Oates, "She's gone!" I even went into the store and checked all the shelves, but my Abby is gone. I hope she's bringing happiness to a little girl a little more demographically appropriate (like 51/52 years younger than I).