Who was the last person that you held hands with? My nephew. We squeezed hands when we said goodbye last night because I didn't want to embarrass him. (He's a high school junior; everything embarrasses him.)
Are you loud, outgoing or shy? Yes. I'm very chirpy and extroverted in public. Then I go home and collapse into my shell.
Who are you looking forward to see? Alexander Hamilton! We've got our tickets for the Broadway hit, Hamilton, and will be in the audience on the second night it's here in town.
Are you easy to get along with? I think I am. But my sisters would tell you otherwise.
Have you ever given up on someone, only to let them back into your life? Why? Yes. Because I have no common sense when it comes to l'amour.
If you were ill, which TV doctor or nurse would you want to take care of you?
Does talking about sex make you uncomfortable? No.

Who was the last person that you had serious conversation with? My nephew.
What was the last text message you received about? My friend John was teasing me, as is his wont. I shot him a message about our friend Mindy. Her mother died and I knew John would want to know. John tweaked me with: "... and? You left off Go, Cubs." OK, so I am a little over the top with my Cubbie love these days. Gloriously guilty as charged! (Go Cubs!)
Do you believe in luck and/or miracles? Not intellectually. But emotionally? Yes.
What good thing happened this summer? How I love this Cub team!


Convince us why we should or should not believe in life on other planets? No. Sorry, but I don't feel like doing science this morning.
Who was your first crush on? Little Joe Cartwright on Bonanza. But that crush made sense. So this morning I'll humiliate myself by sharing one of my most powerful, yet stupid, crushes.


Favorite part of daily routine? Feeding the cats. I love seeing them so healthy.
Do you like your neighbors? Depends on the neighbor. There are 24 units in this building. We're a very mixed bag.
What’s your worst feature? Right now, my complexion. My chin looks like a relief map of the moon.

Have you ever had trust issues? Yes.

So happy it's scaring me

My two most enduring passions are The Beatles and the Cubs.

Thursday night, the Cubs became the NL Central champions. I've been walking on sunshine ever since. 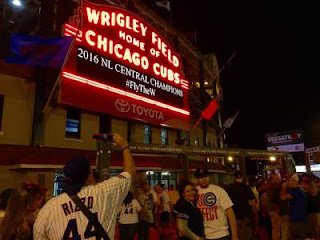 Saturday night I went to see Eight Days a Week, the documentary by Ron Howard, at the Music Box Theater. It was a delight. Seeing Paul and John sharing a mic, sharing their genius with such exuberance, lifted me higher, higher, higher. Watching it on the big screen in a grand old movie palace with a huge, diverse audience -- the line wrapped around the block! -- was thrilling. Sharing the experience with my nephew was best of all.

He's such a great kid. Smart and funny. And so geeky. (A high school junior whose new idol is FDR.) Love him so. 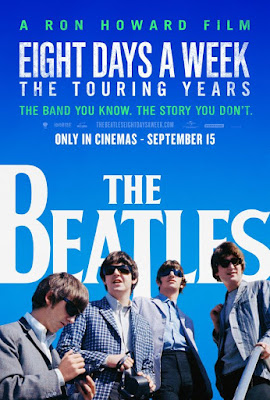 Let me be clear: I am not a conspiracy theorist. Conspiracies go against human nature. At some point, someone is going to find it in his/her best interest to spill the beans. Hell, Nora Ephron had exposed the true identity of Watergate's Deep Throat years before Mark Felt came forward; she was simply dismissed because her motive was so obvious it was suspect. (She and ex-husband Carl Bernstein had endured an epically bitter divorce.)

Conspiracy theories serve a valuable purpose for us frail humans. They even the scales and restore the notion that there is balance in what is, in reality, a completely chaotic universe. They give us comfort by supporting the narrative we can most easily live with. I get all that.

I grew up reading extensively about The Conspiracy. You know, the one about The Most Public Murder in American History: The JFK Assassination. I know what feeds that one -- no one wants to believe that a smug, prematurely balding  wife-beater who failed at everything he (heretofore) attempted could vanquish a hero in the bloodiest way possible in plain sight of thousands of people.

But he did. Lee Harvey Oswald acted alone and killed John F. Kennedy during a happy, sunny parade. That's just how it happened. That's simply the truth. Whether conspiracy theorists will ever grow up and accept it is something else again.

But when theorists give oxygen to dark conspiracies they help them burn brighter. Take the case of J. D. Tippit. History -- that means facts and forensics -- tells us that, 45 minutes after the assassination, a Dallas beat cop saw a suspicious young man at the corner of 10th and Patton. He approached Oswald, and Oswald shot him and chillingly walked away, leaving the officer dead in the street.

OR J. D. Tippit was Oswald's getaway driver, a co-opted Dallas cop who had been paid by the mob to get Oswald away from the Texas Book Depository.

OR J. D. Tippit was a dirty cop, a drug dealer, who was supposed to use his police car to transport Oswald to the airport (again at the behest of the Mafia).

OR J. D. Tippit was a pawn, murdered by the CIA so they could frame Oswald for two murders that day -- Kennedy's and Tippit's.

All of these theories have Tippit's family "well taken care of," either by the Mafia or the CIA. 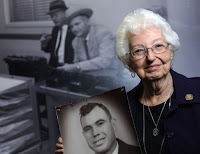 Here is Tippit's widow, Marie. She was left to raise three children all by herself on a cop's pension. In the aftermath of the assassination and her husband's murder, she did receive gifts from the public. The most touching one:  a new wedding ring. Tippit had ordered the ring as a surprise for their upcoming wedding anniversary and had been paying for it on layaway. The jeweler recognized the officer's name and simply sent the ring to the widow with a note. Romantic, yes, but has anyone ever described the Mafia or the CIA as romantic?

Look into her face. Imagine what it was like for her to explain these conspiracy theories to her late husband's three children.

Look into her face. This little old lady says she is still hounded by conspiracy theorists who demand "the truth" (meaning: their "truth").

Someone always suffers when conspiracy theories flourish. Sometimes we all suffer. (Swiftboat Veterans for Truth, anyone?) This election cycle, it's disturbing to hear progressives who feel comfortable mocking those who are gullible enough to believe Barack Obama is a "Kenyan-born secret Muslim" or that climate change is a hoax turn around and insist that:

The hypocrisy is astonishing. It's fun to laugh at conspiracies that flout all reason, facts, math and science when they don't make sense to you but acceptable to embrace equally crazy ones when they enhance your personal comfort level?

I'll let Awesomely Luvvie have the last word. Remember that social media is powerful and be careful when you post. 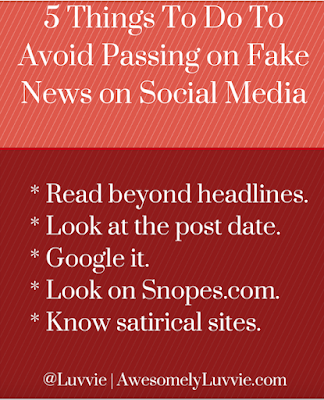 PS I'm very guilty of this at times. I was going to post about my theory on the JonBenet Ramsey murder and then I thought, "Gal, you are sooooooo full of shit."