Gazing upon my idol 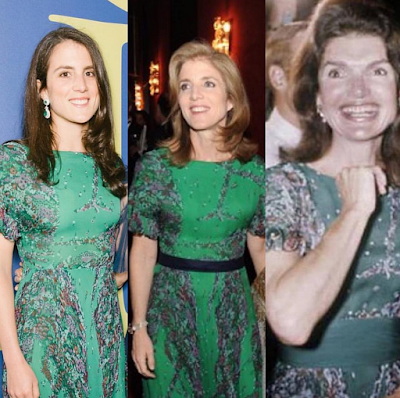 Who wore it best? That's Tatiana Schlossberg on the left, wearing her grandmother's dress to a tribute to designer Carolina Herrara. The gesture was a meaningful one because Herrara has said that the night Jackie wore that dress to the Kennedy Center in 1972 was the moment her career took off.

Caroline only seems to have worn the dress twice before bequeathing it to her daughter. Still, it leaves me in awe of couture. I don't suspect anything I bought off the rack at Kohl's will look good in 45 years. 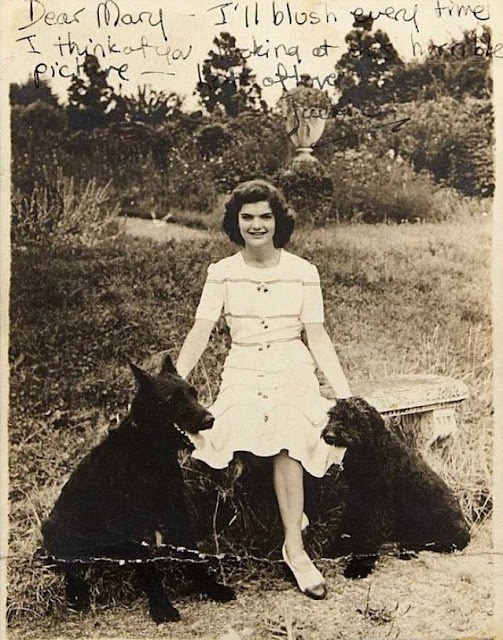 A horrible picture. High school aged Jackie wrote, "Dear Mary: I'll blush every time I think of you looking at this horrible picture." If she thought this was unflattering, it's clear once again that Jackie and I experienced puberty differently.