Zach is gonna be a babe someday 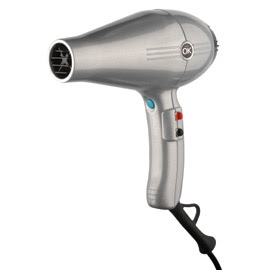 Zach is a towheaded preschooler who accompanied his mother into the women's locker room, and was promptly ignored by her. He was wandering about, a towel tied loosely (like thisclose to why bother) around his waist, bored. He stopped next to me, watching intently as I blow dried my short mop. He intercepted the dryer as I moved to put it back in the holder. I watched as he began blowing his own hair dry while admiring his reflection because I wanted to make sure he didn't accidentally put the dryer on "hot" and burn himself. Then I moved back to my locker to put my shoes and socks on. He was still within my sight, though.

I found out his name was Zach when his mother started calling out to him, finally inquiring as to where he was. He didn't answer, of course. I don't know if he couldn't hear over the hum of the dryer, or if he was too entranced by his own reflection, but Mom went unanswered. I was surprised that she didn't just come looking for him. But I didn't see her come around until I was done packing up my gym clothes! She was fully dressed, fully made up, ready to go, and seemed pissed that he was still mostly naked ... but with truly terrific blow dried hair.

How did she know I wasn't a perv, watching her son? How could she be sure he didn't slip on the wet tile? Get an unexpected sex ed class watching strange women dress? Or scorch his sensitive little skull with the blow dryer? She couldn't. Maybe I'm over protective because I'm barren spinster, but it was everything in me not to bark at that mom. If she's not going to watch him, to keep him with her, why not just send him into the men's locker room?

Saturday 9: Hot Fun in the Summertime

1. Is summer your favorite season? Why? No. I enjoy that the days are longer, but I really don't do heat well. People who whine about Chicago winters forget how humid and brutal Chicago summers can be.

2. Do you exercise more in the summer because you wear less clothing? I plan on exercising more and the less clothing does have an impact. Not because I look forward to showing more skin, but when I workout at lunchtime less clothes means it's easier to get dressed and I can make it back to work faster.

3. Do you enjoy tanning or are you more concerned about the dangers of basking in the sun? I'm a very pale old gal, and I don't tan, I only burn. And yes, I am very wary of sun damage.

4. You are on the beach when a waiter appears for your drink order. What do you ask for? Strawberry margarita. With salt. Thank you.

5. Do you camp in the summertime? No. I'm not one for camping.

6. What was your favorite summer vacation as a kid? I enjoyed our trip to Washington DC when I was 8. I especially enjoyed the view from the top of the Washington Memorial.

7. Do you enjoy sleeping outdoors? No.

8. Do you throw a summer barbecue every year? No. I don't have a balcony or a yard of my own. But, to be honest, even if I did, I wouldn't throw a barbecue.

9. Have you ever been to a nude beach? If yes, what did you think? Not a nude beach but a swimsuit-optional hotel pool. I was surprised (and a little disappointed) by how not sexy it was.
Posted by The Gal Herself at 5/23/2009 10:11:00 AM 5 comments: Links to this post