THIRTEEN PROFESSIONS THAT MAY
BE HAZARDOUS TO YOUR HEALTH

According to The Daily Beast, these are the thirteen most dangerous jobs anyone can hold. They used an intricate equation that includes how many workers are in the industry, how many injuries and how many fatalities. I admit I couldn't follow it all. What I list here are just "the high hard ones." These sobering stats make me glad my mother made me learn clerical skills.

I realized during my mother's service that, even though he died nearly two years ago, I'm still not over her baby brother, my uncle.

At my mom's house I found a letter I wrote him in "Agust 13, 1967" when he was in Viet Nam. Lined paper, torn from my spiral school notebook. "I hear you were in battle. I bet it wasn't fun. Please don't get hurt!" Do you realize he kept that in his foot locker, brought it home, and took it with him every time he moved over the decades until he died? He and I, we loved each other.

I didn't expect to still feel so bad about him. It makes me wonder when the full impact of my mother's death will hit me. 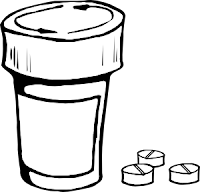 Consequently, I haven't been sleeping. I am desperately tired, but cannot sleep.

I called my doctor, who told what I am going through is not unusual. She gave me a prescription for sleep meds. Hopefully, if I take a pill at bedtime, soon I'll resume sleeping through the night and wake up refreshed in the morning.

Today is Wednesday. I have four nights, really, to sleep. I'd prefer not to take the meds before I have to be back at work Monday morning.

The Root of All Evil 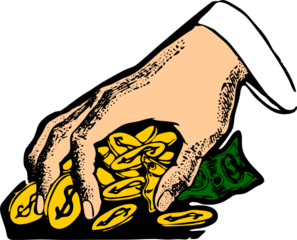 There is no hell in the afterlife. I know this because I have recently experienced it here on earth.

No one in my immediate family has any money, it seems. This includes my older sister, who had been bragging about how important she is and how well her job is going, yet now tells me she's broke. And boy, is she ever mad at me.

Apparently I am supposed to pay the utilities and property taxes on our mother's house until it sells for $200,000 so that we can break even with the reverse mortgage. Not make money, mind you. Break even. That house is worth $150,000 in this market. She refuses to believe it because the lot is so huge. She thinks someone will pay $200,000 for the land and tear the house down and build apartments. Why would someone pay full price for a home to level when they can buy a foreclosed property for a fraction of that?

She also is willing to wait 3 to 6 months to enjoy the mythic bonanza of riches that we will reap. The thing of it is, the bill from the funeral home is due within 30 days. I have paid $4000 on it already. Another $6400 is due. I am on the hook for it. I told her that all her plans for storage lockers and garage sales and Craig's List and real estate deals don't help me when that bill comes due.

She started yelling at me. And yelling at me. She called me a martyr and said I was grating on her. She told me she doesn't have to give me anything on the funeral home bill. I told her that's just what I always expected her to say.

It was ugly. One niece started to cry until she threw up. The other one hid in the basement.

Then she hugged me and started to cry and said we were sisters. Gee, that explains why she was always around the house. She said that she's broke but promises that, within 30 days, she will "make a dent" in the remaining $6400.

I invited my older sister to meet with me and my lawyer to be nice. I didn't have to. Before she arrived, he made it clear to me that as executor, he is MY attorney. He will advise me and answer any of her questions, but he will only take direction from me.

We're going to get three estimates on the house this week. Then what I'll do is call the bank and tell them to take the deed to the house in lieu. That will free up my mom's checking account and her handful of shares of Met Life stock. That will put us to about $9000.

Out of that will come legal costs, my mom's final bills and the storage until until we can have a sale to dispose of her belongings. And my uncle's final belongings. My kid sister can't pay anything, but she's going to handle the lion's share of packing and disposing. It's an emotional and hard job, so I don't begrudge her.

My older sister is a cunt. But she's now back in California where she belongs.

On a brighter note, I think the service went well. My aunt/godmother stayed glued to my side. Four good friends came by and stayed for a good while. I got through it and it's over.