1) The lyrics talk about a song that's so romantic it "turns out the lights." Are the lights on in the room you're in right now? Yes. There's a four-bulb fixture above my head right now.

2) In the video, our heroine's Valentine's Day adventure begins with a note slipped into her pocket. What's in your pocket right now? No pocket in my pjs.

3) This week's band, We the Kings, are proud sons of the state of Florida. Bradenton, to be exact. They even called one of their CDs Sunshine State of Mind. Have you ever been to Florida? If so, where have you visited? Fort Lauderdale, Orlando, Tampa and Key West. (Miami, but only to change planes.)

4) Lead singer Travis Clark has a pierced lip but doesn't always wear a lip ring. Do you have any piercings? If yes, are you wearing jewelry in your piercing(s) right now? Just one in each ear, and right now I'm not wearing any jewelry.

5) The band's name comes from a cheer they did when they attended Martha B. King High School. Have you attended your high school reunion? Ew. Ick. No. Thinking of high school gives me PTSD.

6) Hearts are the symbol of Valentine's Day, so here's a little heart trivia: whales have largest heart of any animal. When we say a person is "big hearted," it means we think of them as generous. Think about the people in your life. Who would you describe as big hearted? My friend Mindy. She's top of mind because I'm seeing her today. A very nice woman, she sees the best in everyone.

7) It's estimated that 9 million people buy Valentine's Day presents for their dogs and cats. Have you ever purchased a holiday gift for a pet? Yes, but not my own. At Christmastime, I remember my niece's cats and my nephew's cats, as well (and his tortoise, Georgina, gets a kiwi).

8) Valentines to teachers are also big sellers. Did you ever have a crush on one of your instructors? Oh, yes! One of my 7th grade teachers was dreamy, with wavy black hair. He only lasted a year. I was heartbroken he wasn't there for 8th grade.

9) With the popularity of e-cards, fewer Valentine messages are sent via the USPS. What's the most recent thing you dropped into a mailbox? Payment for last month's doctor visit.

I hurt. Now what?

I almost married him. It wasn't until we were in California -- he was trying to get into San Jose State and I was going to get a job to support us -- that I said to myself, "What am I doing?" I looked at my bruises in the motel shower stall and had an awakening. While he was at the college, I packed and took a cab to the airport. I went to the TWA counter with my paper ticket, told them I was sick (not exactly a lie) and changed my flight. I went back home. I never actually saw him again, though we had some unsavory exchanges over money and belongings.

I spent years of couch time discussing him, trying to get over him. I was also blessed with very supportive friends. My oldest friend was especially helpful. She swore to me that if she ever again heard me say of a man who hurt me, "Oh, he didn't mean it," she would kick my ass.

Last week, she kicked my ass.

Henry hurt me. He can't help it, of course. He is recovering from a brain injury. Hyper sensitivity and paranoia are not uncommon. I understand this intellectually, but I'm still in great pain because my dear friend was needlessly mean to me and is not remotely sorry.

I have a tendency to think it's my Christian duty to forgive, to accept people as they are, to love them as they are. But my best friend pointed out that I don't deserve to be hurt. 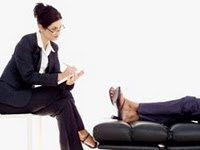 I get it. I see the pattern.

I know Henry is not totally responsible for his actions. I also know that I shouldn't let it hurt me so. Yet it does.

I think it may be time for a tune up. Perhaps I need to look for a new shrink. Isn't this what insurance is for, to help us when we hurt?