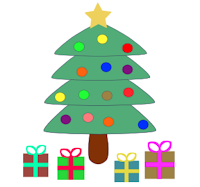 1) This song is about a young man who is living on his own and doing adult things, like getting his own apartment, eating better and doing his own taxes, but he doesn't yet feel grown up. Do you remember when you felt like a grown up? I was in my late 20s. My parents were struggling financially but my dad didn't want anyone to know. Unbeknownst to everyone but my mom, I helped her with her Christmas shopping, picking up gifts for my sisters. I always helped her with wrapping, that was just my family holiday chore. Come Christmas Eve, I looked under the tree and saw that, for the first time, I had chosen/purchased/wrapped most of the gifts, regardless of what the tags said. That's when it hit me: I was helping my parents out. That was a switch.
2) He mentions not being sure of his login password. Is this something you struggle with? Or are you able to zip into your accounts? OY! I'm forever setting new passwords because I've forgotten the old ones.

3) Both the video and CD cover show the band playing games of chance. What's the last game that you played? I play Canasta a lot on Pogo.
4) This week's featured band, AJR, is named for the three brothers who make up the trio -- Adam, Jack and Ryan Met. Until recently, all three brothers lived at home and wrote songs together in the Met family living room. Do you have siblings? If so, what's something you enjoy doing together? My two sisters and I don't really get along.
5) The oldest Met brother, Adam, now lives with his girlfriend in an apartment near Columbia University, where he is a PhD candidate. During the school year, he only works on his music on weekends. Next summer, in 2022, he should be done with his studies and plans on touring the country with the band. Some tour dates are already scheduled. If possible, do you like to make plans far in advance? Or do you prefer spontaneity? I prefer to plan.

6) Jack and Ryan also attend Columbia and share an apartment with their dog. They like to unwind on Fridays, after a week of classes, with a game of air hockey, followed by sushi or sashimi at their favorite Japanese restaurant. What did you do on Friday night? Got my third Pfizer shot.
7) In 2020, the year this song was popular, the most streamed TV show was The Office. The show went off the air in 2013, but during the pandemic and quarantine, it found a new audience. What series have you binged on recently? Law and Order. I can watch those episodes over and over and over again. When I stumble on one I haven't seen before, I'm so tickled.

8) According to Amazon, the best-selling novel of 2020 was Where the Crawdads Sing. Is there a novel you'd like to recommend to Sat 9ers? Depends on what you like to read. I recently discovered Shari Lapena, who writes twisty thrillers. I've read two so far: The People Next Door and Someone We Know. They both hooked me pretty fast.

9) Random question: Your local drug store has self-check out. You confess to your best friend that you absent-mindedly missed scanning an item, walked out of the store with it, set off security and were caught unintentionally shoplifting. The store manager believed you so there were no repercussions, but you were mortified nevertheless. Would you expect your best friend to share your embarrassing story with his/her spouse? When I talk to one member of a couple, I always assume I'm talking to both of them. I can't think of a time I've asked, "Please don't tell your partner."
WAIT! That's not true. I often tell Henry, "Don't go repeating this to Reg." I don't want to drive a wedge between them or anything, but Henry suffers from a TBI (traumatic brain injury). Just as I know much of what he reports to me Reg has said is exaggerated or untrue, I'm sure he quotes me incorrectly, too. I don't need Reg calling me and scolding me for something I didn't do, say, or mean. This isn't Henry's fault, of course. His brain is broken, and we're just all learning to live with this new reality.