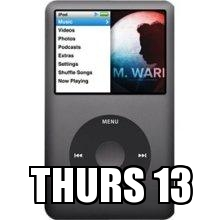 I haven't done this in quite a while. But for this week's TT, I just put my iPod on shuffle and let it do all the work. The list is rather typical for a Boomer like me.


I admit I'm embarrassed by #1. ("Rock on with your bad self.")  But it was one of my favorites when I was a kid. Hearing it reminds me of my first airplane flight, to Florida to visit my uncle.


Of all these songs, this one is most favorite:

Sunday night, my oldest friend called while I was playing with my cat, Reynaldo. I was going to talk her through Twitter so she could "live tweet" during the Blackhawks/LA Kings game. It was interrupting our playtime and sharing my attention that upset Rey so much he peed on the paperwork in my dining room.

So I was upset while she and I were talking. I was cleaning up the mess and muttering "sonofabitch" and "goddammit" as we spoke. Because my hands were busy, I wasn't able to walk her through the Twitter issue and I was just ... upset.

Which is why, when she chirped, "Archie and I are going to watch the next game together. Dutch treat, of course." 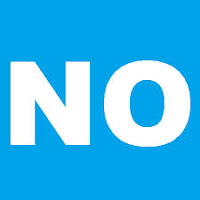 I KNEW IT! I KNEW IT! I knew when she contributed $25 to sponsor him on a dog walk for charity (one of only two of his 587 Facebook friends to do so) that she was angling to see him again. I knew it when I interacted with him myself on Saturday. She and he were conversing on Facebook about how great the Pittsburgh Penguins team was. Now, except for a sincere appreciation for how seriously Blackhawk fans here in Chicago want the Cup, I couldn't care less about hockey. I just wanted to bust her for changing her opinions for a boy. (We've known each other since Kindergarten and she's always done that, and it's always made me crazy.) I reminded her that she had said earlier that she was rooting for Boston. He answered my post almost immediately with: "Pens will win." Sigh. I very patiently typed: "As you can see by my avatar, I am a Cub fan. Who we cheer for is not determined by who we believe will win." His response? "LOL." Don't you hate LOL?

Anyway, Sunday night I blurted. I told her all of it. I told her how, after their first date when she was so enchanted by him ("He said he liked my smile and my hair, Gal!"), when he texted her to cancel their second date because he was "sick," he posted a photo of himself between two women on his Facebook page. Which he knew she could see. Now the two women -- 30-something blondes, btw --  were former coworkers from out East and he was just showing them LA. But I hated the shit-eating smile on his face, the hand around each tiny waist, and the lie. Why did he have to lie to my friend? And why did he have to post the photo where he knew she could see it?

Then, when they were supposed to meet again, he cancelled again, "for a family wedding." No, he was out with another woman he met on Match.com, working on a Rose Bowl float. He posted that on Facebook, too.

And I told her. I told her all of it. I never mentioned it before because I didn't want to embarrass her or hurt her. But I was upset about Rey and I blurted.

Her response surprised me. "Oh, Gal, I don't care."

My response surprised me. In that I said it out loud. "You should care! That you don't care how he treated you is something you should mention to your shrink."

I told her how he posted a picture of a little girl with the caption: "You call it behavior disorder. I call it bratty." I mentioned that with her kids, this is not a healthy attitude. She said, "I'll never let him near my kids. That will never happen."

"Why would you hang around with someone -- even platonically -- that you know would be toxic for your children?"

"You're right. There are red flags."

"He's FUCKING SURROUNDED by red flags!" I shouted into the phone. I told her about the date at the comedy club last summer when he was so proud of himself for heckling the comic for not telling any Obama jokes. I said, "Can you imagine how mortified she must have been?"

Then I started to laugh. I mean, I have been monitoring Archie Bunker's drivel for a year. A year of my life, on Twitter and Facebook, reading his RWNJ brain farts. Every day he annoys me, and every day I keep tabs on him because I don't want him near my fragile friend. And it was all for nothing. Am I an ass or what?

I apologized to her for being so blunt, so pushy, so far out of line. Because I knew Sunday night she was going to see him Tuesday anyway. She's that lonely, that male-defined. And she's going to fall in love with him and he's going to break her heart.

I have always suspected that Reynaldo ended up in my life for a reason. That he's here to teach me something. I mean, I've had cats my whole life and never had one that demanded the interaction with me he does. (Wilma, the skinny calico who lived with me when I was in my late-20s, came close. She had a thyroid condition and her motor just ran too fast for her tiny body. But she was smarter than Reynaldo and could amuse herself as she raced around my little apartment. I could tell by the look on her face if she was pretending to be predator or prey.) 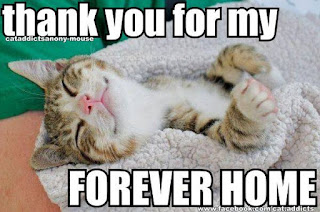 I adopted him from a shelter. I took the role. I accepted the responsibility. He gives me his trust and affection. In exchange, I will honor my commitment to providing a forever home. We will be together as long as he is healthy and painfree. We will work this out.

I'm reading a wonderful book right now called Cat Daddy by Animal Planet's Jackson Galaxy (My Cat from Hell). It's about "an emotionally and physically broken cat named Benny" ... and how they "cohealed, and refused to let each other live broken ever after.” Like Marley and Me, the book about the world's worst dog, reading about how Galaxy adapted to Benny and what he learned about himself in the process is a help.

This evening wasn't so bad. We played for about half an hour when he started howling and that diffused the cat bomb a bit. And one of the great things about keeping this blog is that I'm able to look back on our earlier days together. This is who Rey is. He brings nature -- a little of the undomesticated -- into my home. And I'm learning to respect that.