Engaging, entertaining and a bit uncomfortable 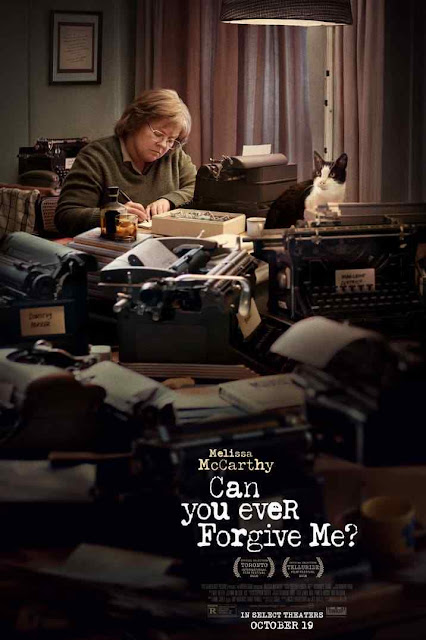 Can You Ever Forgive Me?, will hold your interest. That's noteworthy considering the subject matter: a misanthropic, underemployed writer resorts to plagiarism to pay the bills. No romance, no car chases. It does have a very cool soundtrack and a rather daring central performance by Melissa McCarthy as real-life author Lee Israel.

And bad housekeeping and cats.

I'm not a lesbian and I don't drink as much as Lee, and I don't recall anyone ever complaining that my home has smelled, but ... I got home to my cluttered and dusty apartment, saw my suitcase in the living room where it's been since November 1, and clucked at myself. Then I took a nap.

Really. Next week, I'm going to do some housework. Honest to God! 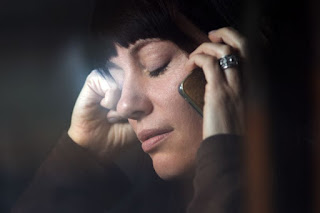 Look at me! I'm Santa's Helper!

I've been so preoccupied with Henry's recovery* that I have let some holiday traditions slide by the wayside. Like giving. So Sunday I got on it.

Lawrence. I live next door to a children's home, where kids live while awaiting placement in foster care. It also offers childcare for a sliding scale to working parents who can't afford any other option. To help these kids enjoy a little tangible Christmas cheer, the home decorates the tree at Whole Foods. Each paper ornament has the name/age of a child and what they'd like to receive at their Christmas party. For some of these kids, it will be the only present they receive.

Perusing the ornaments, I saw that gift cards are big this year. Walmart, Amazon and McDonald's, specifically. I get it. I bet when you're little it feels very grown up to go into a store (or to a site) and be able to choose whatever you want and pay for it yourself. But I don't want to do that. I don't want Santa to hand "my kid" an envelope. I want the big guy to hand over a gift. 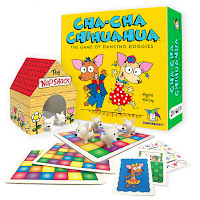 So I was drawn to Lawrence. Age 6. Because he asked for clothes. And not specific athletic shoes, like some of the boys did. Just "shirts and jeans." Unless he's a burgeoning fashionista, he must really need those clothes. So I went to Old Navy and got him a heavy shawl-collared sweater and a pair of jeans. Then there's Cha-Cha-Chihuahua. It's a game I picked up last summer when a local  toy seller went out of business. I think Lawrence needs it.

One of my agency's clients is a certain fast food giant that gives away toys with their kids meals. Last summer, when we were packing up for our move, I rescued a bag of these toys from the dumpster. So Lawrence is getting a little Minions holiday train, too. Isn't a Christmas party better than a landfill? 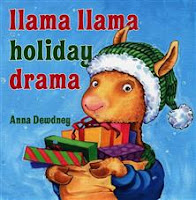 Toys for Tots. I love this organization, because it breaks my heart to think of a kid disappointed by Santa. So this year I'm donating a "Mighty Muggs" Star Wars action figure, a bathtime baby doll, a sticker craft set, an oversized Christmas picture book and a special edition Sponge Bob Uno game. I've been picking these things up all year, whenever I see toys on sale, so it didn't tax my budget in the least. If you'd like to donate to Toys for Tots, click here.

My baggy project. I want to take what I learned from my relationship with Napoleon, Caleb and Randi and put it to good use. So I'm filling little sandwich bags with stuff intended to make the day of a homeless person a bit more merry and bright. So far each has a packet of tissues, a travel-sized hand lotion and an apple/cinnamon breakfast bar (the red wrapper is Christmasy) and a dollar bill. I always knew that the homeless needed money, but Randi taught me that it's important to remember that they aren't "just" homeless people, but people, too. Everyone enjoys little surprises at Christmastime.

It's beginning to feel a bit more like Christmas.