I think it's the sunglasses

I've written before of how much Donald Trump reminds me of Richard Nixon. When I was a girl, Nixon was my #1 bogey man, but with time I've softened toward him, become more compassionate about his personal struggles. Or maybe Donald Trump is just so egregious that Nixon has improved by comparison. I appreciate that Nixon served in the military, even though as a Quaker he could have avoided it, and spent his adult life in government when he could have made more money in the private sector. I suspect that those decisions would cause our current POTUS to label Nixon "a loser."

The chief way that two seem alike to me is that their need for public adulation drives them to behave badly. And they seem obsessed by the predecessors who continue to haunt them, cool men who earned the public's fascination without begging for it. 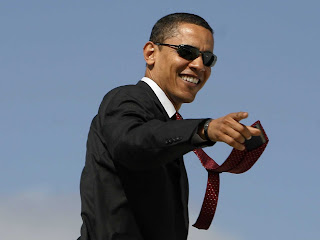 In Poland, Trump took off on Obama again. Obama was weak. Obama didn't do enough to penalize Russia for hacking our election -- though Trump blaming Obama for not reacting to something while insisting that something never happened is pure Trump. Obama was weak on Syria. And the amazing thing (other than the spectacle of one President trashing another by name and on foreign soil) was that no one asked him about Obama. It's like Trump has Obama-specific Tourette Syndrome. He just blurts about Obama, the words pouring forth like projectile vomit. 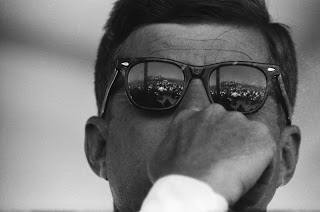 Nixon, of course, refused to let go of JFK. They knew each other well and were friendly enough when they both arrived in Congress. As Senators, their paths began to diverge. When 1960 happened, Nixon bitterly resented losing The Presidency to a man whose glamor he couldn't match. Then JFK became a martyr, and there's no winning against the dead. Yet Nixon couldn't end the rivalry. At one point, JBKO pointed out to him that he would do things her late husband never would, like grow old with his wife and give his daughters away at their weddings. But Nixon couldn't see it that way. He let envy eat him alive. In Being Nixon, Evan Thomas writes of President Nixon ordering a low-level bureaucrat fired simply because she kept a portrait of JFK framed on her desk. (His aides secretly refused to do it.)  In The Final Days, Woodward and Bernstein give us a Watergate-era Nixon drunkenly arguing with Kennedy's White House portrait.

So what is it about Obama and Kennedy that their successors can't escape? Is it the easy elegance? Their Ivy League educations? The natural wit? Their acceptance among the media elites?

Or is it the sunglasses?

I'd love to hear someone like Tim Naftali weigh in on this. Prof. Naftali knows the Cold War and Nixon so well, and he's a recognized expert on Watergate, which has landed him on CNN a time or two since the Trump/Russia investigations began. (Prof. Naftali, if you read my blog ...)