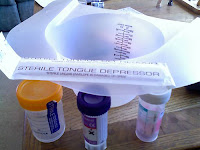 So I used my stool sample kit this evening. I hope to use it again tomorrow morning. I hate this.

First of all, my cat Joey decided he had to help me as I was doing this. Since 2001, when we first moved to this condo, he has eschewed the bathroom. And yet tonight, he had to be with me every moment. Rubbing up against me, giving me loving head bumps. This made a disgusting process even messier.

Secondly, I truly thought I was better this morning and that this wouldn't be necessary. I have been caroming between diarrhea and constipation and this morning the latter was in evidence. So I had my normal weekend breakfast and a regular dinner ... and than at about 8:00 my gut exploded. Damn. Damn. Damn.

Oh well, hopefully by tomorrow noon I'll have collected enough evidence for my doctor to reach a conclusion about what's going on with me. And hopefully it's something she can treat with just antibiotics. 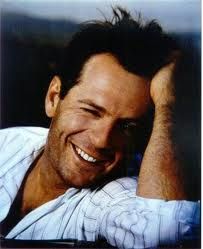 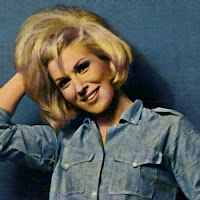