Today I watched the livestream of jury selection for the Casey Anthony trial.* So much drama on so many levels! Today my heart/attention were captured by a potential juror -- #1319. Her face was never shown but we heard her voice as she responded in voir dire. All we know about her is that she is a single, over-50 African-American woman who -- 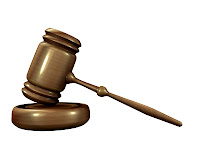 • Never thought about the death penalty before

Incredibly, she was held over and may be seated.

This woman sounds more than a little odd to me. No friends, "hates" TV news, loves Farmville and Westerns? (Where does she even find that many Westerns to watch in 2011?)

This case is going to include sophisticated scientific and psychological evidence. Can this woman, who (to our knowledge) has no job or close family ties, put them into any real-life context?

Is she qualified to sit in judgment of the infamous "Tot Mom?" But then, what does make a qualified juror? Will Ms. 1319 balance out someone trendier and more social? Just because this woman looks off-center to me, does that mean her moral compass is off?

I am glad I do what I do for a living -- use words to sell shit -- instead of deciding matters of life and death. For while I don't know if #1319 is qualified to judge Casey Anthony, I admit I'm not qualified to choose a jury. I have so much respect for Judge Perry and anyone who picks up the gavel.


*That was on one window, another window had the Cubs kicking the World Champion asses of the Giants. I love my computer! 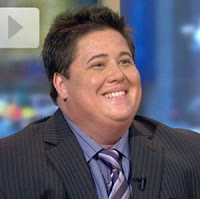 Last night I watched Chaz Bono discuss his transgender journey and I found it unsettling. Not because I have any issue with his decision -- what could be more personal? But because he now reminds me, in facial expressions and vocal inflections, of a friend's husband.
Posted by The Gal Herself at 5/13/2011 01:00:00 PM No comments: