I had a little tummy trouble (again!) and missed my traditional Saturday morning coffee shop breakfast. By the time I did a little grocery shopping and had my annual mammogram, the snow had begun falling in big, wet flakes. I just couldn't see hauling those bags of clothes to Goodwill on the bus. They'd be hard to handle and the clothes would get all wet.

And so I tried Uber. We have a good local cab company here, but there are places in the city where you can't just raise your arm and hail a cab. And so I downloaded the Uber app. Today was my initial run.

It was fine. It took 15 minutes for the car to get here, but it would have taken that long for a cab to arrive in the snow, too. It was nice to not have to deal with cash or a tip.

But I think that, for normal rides to and fro, I'll stick with the bus company or the local cab company. I like to support union labor.

1. Think back to Friday. Did it fly by? Or did you find yourself checking the clock and wishing it was 5:00? This whole workweek went achingly slowly. It was my first week back after two weeks off, so I suppose that was to be expected.

2. This song refers to the 5:00 whistle that signifies the end of the work day. What's the last whistle, alarm or buzzer you heard? On the train. There's a "beep-beep" noise and a recorded voice says, "The doors are about to close."

3. In the 1960s, the Vogues often appeared on TV variety shows to promote their record albums. Do you have the TV on now, as you answer these questions? Yes. It's a PBS documentary about scientists working on isolating some particle. I don't know shit about protons and supersymmetry, and I don't understand what they're looking for. But I enjoy their enthusiasm and teamwork. It's inspiring.

4. "Vogue" means "popular or fashionable." Tell us about something that you feel is in vogue today. Being politically incorrect. People say things aloud with a childish insouciance that they would have/should have felt guilty for even thinking a year ago. For example, right after Christmas I flew home from the Key West airport. It's got just one, tiny terminal and consequently no TSA Pre-Check row. As we were all putting our shoes and belts back on, this grown man said, very conversationally as though it was acceptable, "All this because of those damn towel heads." I've also heard adults dismiss people/things as "retarded." This is an unfortunate, ugly trend that I hope falls by the wayside, fast. Words can hurt, and this trend is making the world a more hostile, more painful place. 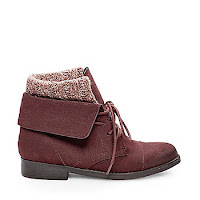 5. Vogue magazine reported that the big Fall/Winter trend was brocade. Describe the latest addition to your Fall/Winter wardrobe. I just bought these little Steve Madden boots, but mine are black. We've had a very mild winter so far, but I don't trust that our luck will hold and I want to be waterproof and ready.

7. Ms. Wintour was rumored to be the inspiration for the character of Amanda in the book and movie, The Devil Wears Prada. Did you receive any books or movies for Christmas 2015? Did you receive any gift cards that you then used for books or movies? I got this charmingly silly little book from my friend Kathleen. She tells me her husband picked it out for me, because this is where every one of my conversations invariably goes. 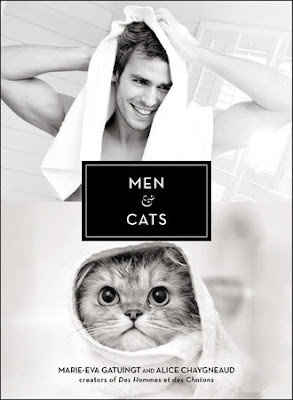 8. "Vogue" was also a dance, made famous by Madonna in her 1990 hit by the same name. Can you name another Madonna song?  "Take a Bow." It's a subtle and sophisticated break up song and she actually sings it quite well. I'm surprised by how much I like it, because Madonna has been making my skin crawl for decades now.

9. Random question from a Sat9-er: How organized are your clean clothes? (Stacked in piles, folded neatly in drawers, still in the dryer....?)   I love this question because it actually makes me sound neat and organized! As soon as my laundry is done, it gets folded and put away.