The Queen's Meme. All hail the Queen!

1. January usually has ample amounts of snowfall in parts of the world. Did you ever make snow cream as a kid? Nope.

2. January is one of the months with 31 days. What are you going to do with that extra day? It's a Friday and payday, so I'll pay bills and worry about money.

3.  What is your favorite magazine? Allure.

5. The great world of Wikipedia tells me that scientists claim 99% of all documented species are extinct. Which remaining species in the 1% category would you really like to see extinct.  And which species in the 99% category would you like to bring back? I don't want to see any species extinct. Circle of life. I'd like to bring back The Barbary Lion. This gentleman was hunted out of existence in the 1960s. There are a few left in zoos. Which is why, when people bitch and moan about zoos, I ignore them. Who wants to live in a world where he doesn't exist at all? 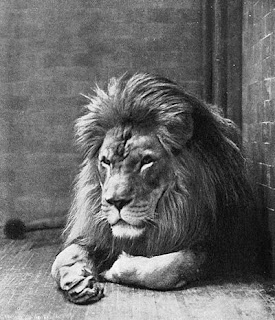 6. On January 14, 1986 motorists were required for the first time to wear seat belts? Do you always buckle up? Why or why not?  In the front seat, yes. In the back, no. Because I forget. I know I should. She might be alive today if she'd worn her seat belt. 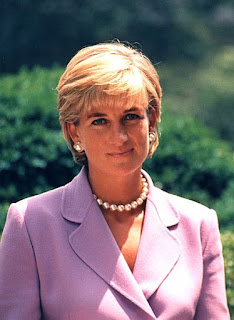 7. Why did the cow jump over the moon? Bored

9. Have you said anything in the last 24 hours that you regret? No

10. Have you ever written anything on your blog that you wish you could take back? No. I left a comment on a blog that I regretted, because a friend saw it. This is why I've gone to lengths to stay anonymous. I don't want to pull punches, but on the other hand, I don't want to hurt anyone, either.

11. Are you the blabber or the blabbee? Tell us your most embarrassing blabbermouth moment. I'm an awful blabber. I've often said things without realizing the person I'm talking about is standing behind me.

12. How important is a cell phone in your life? More than I'd like.

13. A "cuisine" is typically influenced by and named after geographical regions and cultures. Pretend your blog is a country. What is the name of your cuisine? Galtopian global cuisine. I kinda like the sound of that. Maybe I should commission a cookbook.

14. You are the Blog Paparazzi! Which blogger's real photograph are you most interested in getting? That crazy lady who went off on Bev and notified the police over Sunday Stealing. Remember her? I'd like to see her face so I could be sure to cross the street if she were ever in my vicinity.


15. Are you always on time or just a tad late? Always more than a tad late. Except for trains and planes. Then I'm early.


16. Can you think of a time when you were late for something and it was REALLY a big deal? I was 15 minutes late to a client meeting. I was supposed to be 30 minutes early, but the train got stuck in the snow. My coworker was furious, but my client was very nice. I kept apologizing, and she grabbed my elbow, looked me in the eye, and said, "Gal, you're safe." Next time I see her, I should remind her how much that kindness meant to me.


17. If you were on your way to work and had five minutes to get there, would you stop in the road to rescue a crossing turtle? Of course. And then I would call and explain. This is an instance when cell phones are a good and helpful thing.


18. When you are having a really good day, what usually makes it good? Knowing I did good in some way. Or if my hair looks nice. (I'm shallow.)

20. You are Snow White. Which dwarf is your favorite and why? Dopey is so dear.

Lunch with my nephew

He's still home from WIU. He picked me up at the salon where I was getting my hair done, and together we walked around the corner to his favorite diner for lunch.

I asked Tony, the guy who does my hair, to be sure to ask my nephew about school. He's not only on scholarship, he is earning credits so rapidly he may graduate a semester early. My nephew is quieter than his older sister, whose career success and upcoming nuptials seem to dominate all conversation. But that doesn't mean his accomplishments are less than. Tony has known my family for decades, and I appreciated him taking the moment to allow my nephew to glory in his collegiate accomplishments.

Then my nephew had his usual: two slices of pizza, an order of fries, and a vanilla shake. I would not be surprised to learn that he had a couple grilled cheese sandwiches and tater tots for dinner. I was once renown within the clan for the worst diet. He has assumed that mantle.

He's eager for Christmas break to end because then he can get back to Elizabeth Warren's campaign. Remembering my own Clinton/Kerry/Obama days, I admit I'm jealous. He's assumed that mantle, too. 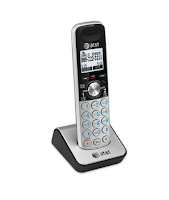 Henry got home from the hospital Friday afternoon. His friend, Phyllis,* drove up to Miami to get him. I guess his condition could not be that enduringly serious, or that would not have released him to her instead of Reg, his husband.

I got all this from brief texts from Patrick, an old friend of Reg's who is staying with them.  I haven't heard from Henry or Reg directly now in a week.

I know I could call. The worst that would happen is that no one picks up.

No, wait. That's not the worst that could happen.

Henry could be super angry at Reg and tell me how he wants a divorce. Those are unpleasant conversations because 1) it's just Henry's rage and vulnerability talking; he doesn't mean it and 2) even if I thought he meant it, Henry can't support or care for himself independently of Reg, so it's a moot point. Or Henry could be mad at me over some imagined slight. It happens. He can't help it and I understand that. But it's depleting to listen to his anger.

Or I could say the wrong thing to Reg and get the back of his hand. Either over the phone or on social media. An old friend of Henry's ran into Reg and expressed shock at Reg's latest hospitalization, saying, "I just talked to him and he was fine yesterday!" Reg tore into him on Facebook, asking how he could be so self absorbed as to see Henry was not "fine" and wondering why the fuck people don't read up on traumatic brain injury and understand that Henry's condition will continue to change in the blink of an eye. I know Reg is tired, guilty and overwhelmed and it manifests itself in anger. I've recommended therapy to him repeatedly, telling him no one expects him to handle all this without help. He says he knows, and then he doesn't follow up ... and then lacerates the well meaning.

So to be honest, I'm afraid of them both.

*I cannot stand Phyllis. She drinks and tokes way too much. She and Henry were at her house, enjoying their wine, the night he got on his bike and pedaled into a van. I will bet you any money that, on Friday's long drive home to Key West, they stopped for drinks.
Posted by The Gal Herself at 1/05/2020 02:58:00 AM 1 comment: