Years ago, Mary and I worked for the same company and occasionally rode the el to and from work together. She was high-energy, even a little tense -- not unusual for those drawn to the agency world -- with two little kids and a husband who seemed not terribly helpful. She said he worked in an administrative capacity at a university and was home every day well before 5:00. Yet often Mary would say, "I have to stop and pick something for dinner." She would say cryptic things about how her husband was "preparing for another poker party."

Shortly after the agency we worked for folded, we ran into one another at the post office. Perky little Mary told me she and her kids were about to travel to DC to visit friends ... and to be away when her husband moved out. She told me about how he'd always been a lazy drinker, that his money was his money and her money was their money, that she had not been happy for years. It was a strange setting to hear all this -- I was buying stamps at the dispenser under the fluorescent post office lights and she was telling me about years of misery. But it seemed important to her to get it all out. 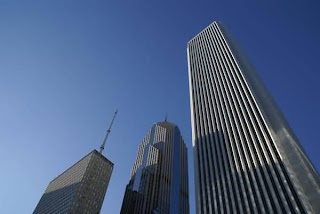 Fast forward to nearly two weeks ago. It was really cold, so I was wearing my my big, black down coat -- the one that makes me look like Ralphie's kid brother Randy from A Christmas Story. As I moved to the revolving door, I heard a tentative, "Gal?" Yes, it was Mary. After a decade, there we were, working together in the same 83-floor steel behemoth.

We only chatted for a moment, long enough for me to learn that she is a freelance contractor with a client in my building, and for her to take off her glove and flash a diamond at me. "Look!" she said, with a smile as bright as her ring. "I'm remarried and I got it right this time!" I gave her my business card and she promised to call me for lunch.

When I didn't hear from her right away, I assumed she wasn't serious about reconnecting. But today we had lunch.

She is so happy! Her new husband is named Paul and they met on e-Harmony. He gets along well with her kids (now 14 and 11). She was more serene than I ever recall her being. And I am ashamed by how happy I am to report she's gained a ton, too! I know, I know, that's terrible of me. But this morning, when I was getting dressed for work, I was actually worried about how fat she would think I looked. I admit it -- deep inside I'm shallow.

I was also happy that at one point, when I was blathering on the way I do, she touched my arm and said, "See? This is what I missed about you!" Like I'm some funny, audacious thing. I was surprised (after all, we were never that close) but it pleased me a great deal.

Had my teeth bleached/lasered yesterday and I just love the results. Takes some of the sting out my new short-short haircut.
Posted by The Gal Herself at 2/16/2011 01:18:00 PM No comments:

Monday I got an email from her containing links to a municipal blog for her new neighborhood and more Ghost Adventures blather. I didn't respond because, to my knowledge, she still hadn't found a free moment to click on the Jib-Jab holiday card I made especially for her two months ago. She knew this bothered me -- I have told her so -- and I thought that sending me links to other sites she examines in her spare time was more than a little insensitive. When she didn't hear from me, she finally (FINALLY!) reviewed my card and thanked me for it. On the one hand, she worries about being alone in the world, and on the other hand, she callously disregards my gestures. I shrug, try to accept, and try to get past it. But sometimes, it' 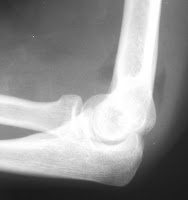 Anyway, later in the day Monday I got another email from her. She took a terrible tumble again, second time this year, this time breaking her elbow. She will be out of work for a week. She's on Vicodin again, second time this year, which worries me. And she's been driving, even though she can't easily get in or out of her car because with her broken elbow, it's almost impossible to buckle/unbuckle the seat belt. This worries me, too. Her email closed by saying she'd call me on Tuesday. Because of the pain meds, I didn't call her, even though she was never far from my thoughts.

She did call Tuesday, when I was at lunch, and left a message. I didn't return her call for two reasons: 1) I didn't want to disturb her when she may be trying to sleep and 2) she often doesn't pick up when I call anyway. Many times when she's complained of the blues, I have tried to call and cheer her up but she seldom answers and she never returns my calls. She gets so wrapped up in her own drama that she doesn't think of the impact her behavior has on me.

So imagine my surprise when I got home Tuesday night to find emails and calls, wondering if I was OK. I wasn't being manipulative with her, I was just kind of worn out and saddened by the way she often treats me. It was gratifying to see she really does value me as an individual and not just as a comfort/support resource.

I hope that while she concentrates on healing, she will use this time off to look calmly and objectively at her life in California (at least as objectively as anyone can look at their own lives). She has to recommit to her job because, as hard a time as she's having, she needs it to support her lifestyle. She has to work things through with her troubled daughter and, in her own words, "cut the apron strings" that tie her to her older son. She has to think about her own health -- her weight, her ankles, her teeth, her heart, her smoking, her depression ....

I worry about her. One could argue that she created much of what she is facing now by willfully making this move before without real preparation but you know what? That really doesn't matter now and I must stop looking at it through that prism. Now that I'm confident our friendship is reciprocal, I feel more free to devote more energy into helping her work all this through.
Posted by The Gal Herself at 2/16/2011 10:49:00 AM 2 comments:

I want New England clam chowder for lunch. You know, the creamy white one. Keep your fingers crossed that it's one of the soups du jour in the cafeteria.
Posted by The Gal Herself at 2/16/2011 10:46:00 AM 1 comment: