Curious as a Cat

2. If you had to enter a competition for the "Most Uselessly Unique Talent," what would your talent be? I can take shorthand.

3. When it might hurt their feelings, how do you feel about telling your friends the truth? If it's important, I tell them. If it's not, and it means not hurting them, I'll try to avoid the topic altogether.

5. Is there someone you would like to take your place in life for one day? Who and why? I would have said my mother, since she really didn't understand my life at all. But she's gone now, so I don't have an answer to this.

6. Who was your favorite teacher and why? Mr. Dombrowski. American history. Because he was so passionate.

7. What do you think is the ugliest thing or event on Earth?

8. What is your least favorite of your personality traits or quirks? I am devoid of self discipline.

10. Tell us your favorite children's story. As a baby bull, Ferdinand does not like to butt heads with the others in the 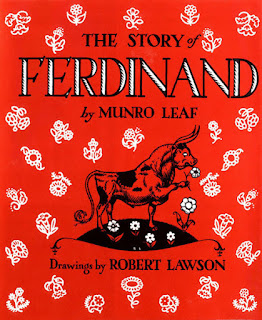 herd. He likes to sit under a tree and smell the flowers. He grows up to be unusually big and strong. One day, matadors come to choose bulls for a bull fight. They see Ferdinand smelling the flowers.

All of a sudden, a bee stings him on the nose. Ferdinand hurts so he runs around, snorting and kicking. The matadors think he is the fiercest bull ever and take him away for a bull fight.

When Ferdinand is led into the ring, he is enchanted by the ladies with floral headdresses. He parks himself in the middle of the ring and relaxes, enjoying all the colors and scents. This frustrates the matador, who wants to show off his cape and his sword as he kills a ferocious bull. The man gets so angry he actually starts to cry. Ferdinand is deemed a failure as a fighting bull, but that's OK. Because he gets to live out his life in the pasture, smelling the flowers, which is all he ever wanted to do anyway. So Ferdinand lives happily ever after by being true to his nature.

11. Explain how to play your favorite game. Canasta is rather complicated, with wild cards and melds and such. Plus I just used up a lot of words telling you about Ferdinand. So here's a link.

13. Tell us about your favorite way to get lost in a simple activity — running, chopping vegetables, folding laundry, whatever. What’s it like when you’re in "the zone?" I think of myself as a jet, as the wheels go up and I take flight.

14. What’s your dream tourist destination — either a place you’ve been and loved, or a place you’d love to visit? What about it speaks to you? I've been daydreaming a lot about Colonial Williamsburg. It's a good vacation spot for me because I can get my geek on, immersing myself American history, and pamper myself in the spa.

15. What parts of nature do you like best? When I'm in a forest preserve or on a garden path, I like looking up at the sky and seeing the blue through the leaves of green.

16. What kind of program do you enjoy most on TV — detective shows, comedies, game shows — and why? I like watching movies. I'm a TCM girl.

17. Do you know any professional athletes? Met? Yes. Know? No.

18. What will the next must-have technological innovation be? Jetpacks? Hoverboards? Wind-powered calculators? I'm sure it will be some new iteration of a phone.

19. Have you ever been the victim of a crime? Yes.

20. What if you woke up tomorrow with the ability to understand animals. What do you think you’d hear from them? I'd want to hear from my cat, Reynaldo. I want him to tell me what I do that frustrates him so.

21.What is something that makes you melancholy? Thinking of relatives no longer with me. My grandma, my uncle and my mom. Though I know they are with me in spirit. 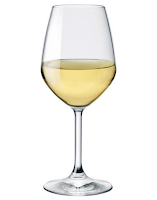 My darling Henry has been drinking too much for years. He's joked about it, daring servers to "twist my arm, please!" when they offer to refill his wine glass.

He hasn't gained weight because of it. To my knowledge, it never affected his worklife. It has had an impact on his behavior -- when he drinks, his otherwise very sharp mind gets sloppy. And he makes bad choices ... like getting on his bike and turning into a van.

He knows how I feel about his drinking. I don't belabor this. I went through this with my friend, John, and I know that if I press too hard, I just find myself frozen out.While I don't want to be an enabler, I understand that the only ones who are responsible for Henry's and John's alcohol intake are Henry and John.

Complicating this are Henry's TBI and his relationship with Reg. Henry is taking a mix of meds every day, and he ignores the warning that they should not be mixed with alcohol. He is not the only one in his household who likes his wine. Reg has been drinking too much, too. It's balancing his roles as caregiver and breadwinner that compels him to find relief in the occasional glass (or two or three).

And so there's drama. There's fighting. Reg blames it all on the TBI. He insists that the reason they fight so much is that he is the only Henry lets his guard down with, and that's why he bears the brunt of Henry's rage.

Henry disagrees. He feels that, while Reg does a lot for him, they are the things Reg wants to do, not what Henry needs him to do.

To me, it looks like Reg is in love with his martyrdom and he should stand up for himself and tell Henry to stop being a jerk. Henry is the sweetest of men. He is. But he's only human. He feels vulnerable and frightened and he lashes out. I've felt it. On Christmas, when I handed him his present, he said even before unwrapping it, "Oh. A shirt." Upon opening it and seeing it was an artist's rendering of his favorite, Frida Kahlo, he said, "Who is this supposed to be?"

"Oh, don't be a dick," I snapped. "I had prepared a little speech about how she turned her accident into art, and I hope now you'll turn your accident into art. I was happy about Christmas and your present. And you wrecked it."

The next day, Henry made a point of wearing the shirt. Because he is a sensitive man, he loves me, and he was sorry.

Of course, since I've never been married, it's possible that I'm wrong about all of this.

But I am right about this: both of them being buzzed is not helping the situation. I wish they would each put their glasses down and walk away from the bottle.

1) What are your plans for this Saturday morning? I don't really have any! I love Saturdays like this.

2) In this song, a man sings of going away for the day with a friend. Where did you go on your last day trip? I spent the day with my friend Kathy in her new hometown, Dekalb. It's a college town 65 miles northwest of Chicago. We had a nice day and it felt good to support her in this new chapter of her life.

3) The lyrics say, "we will remember long after Saturday's gone." What's something you've done recently that you predict you'll remember for a long time to come? My chiropractic treatments. I feel so much better, but I think the ice packs and morning/nighttime stretches will be part of my life for the rest of my life.

4) This song was the Oscar-nominated theme from the movie The Sterile Cuckoo. What's the first movie song that pops into your head? From last weekend's Oscars. As Jackson said to Ally, "You may be a songwriter."

5) In the movie, Liza Minnelli played Mary Ann Adams, an eccentric girl everyone called "Pookie." Have you ever been known by a memorable nickname? Who gave it to you? When I was very young, my dad had nicknames for me: "Andy Panda," "Mouse" and "Tiger."

6) Today's group began their career as The Grads. Recording artist/producer Herb Alpert liked their sound but hated their name. Alpert picked "sandpiper" at random out of the dictionary. Do you still have and use a bound dictionary? Or do you rely on the internet for word searches and spelling? I have a bound dictionary, but more for sentimental reasons than utility.


7) The biggest news story of 1969, the year this song was popular, was one of the biggest news stories of all time. On July 20, Neil Armstrong stepped foot on the moon. Other than the moon landing, what's the most consequential event that you've seen in your lifetime. How do you feel it changed America, and the world? Golly! One of my earliest life memories is President Kennedy's assassination. It left a mark on me personally, like my vaccination scar. I will always remember 9/11 like it was yesterday. Columbine added "school shootings" to our national vernacular.

But the news story that it feels like we just keep living with, day in/day out is Watergate. "Gate" has become our suffix any scandal. And anyone who lived through it in the 1970s can't help feeling like we're living through it again. In my heart, I fear that Donald Trump will make Richard Nixon look like he belongs on Mount Rushmore. 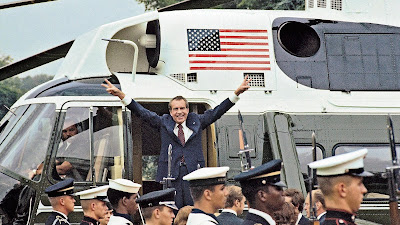 8)1969 was a big year for music festivals, with Atlanta, Toronto and Woodstock all holding famous fests. Have you visited Georgia, Ontario or New York (state)? Yes to all three.


9) Random question -- According to some plant enthusiasts, house plants do better when they're spoken to. Do you talk to your plants? Yes. When I water my massive philodendrons, I always say, "Here you go, girls," or something of the sort. It seems to be working, as they appear to be heading toward world domination.