My annual spa getaway (like the professional baseball season) is little over a month away. I am returning to Colonial Williamsburg and this past week I booked my spa services.

Day 1 -- Advanced Alpha Hydroxy Facial to "soothe, replenish, and firm dehydrated or sensitive skin." Then a Longevity Pedicure, which is supposed to last and last.

Day 2 -- My "historically-inspired" spa day. As the website says: "Colonial Herbal Spa Experience. This wonderful spa experience begins with a warm and soothing aromatic foot bath inspired by a historic herbal recipe from Toilet de Flora. Next, our delightful orange and ginger body scrub softens the skin and invigorates the senses. Historically, orange and ginger were imported and used in the apothecary for a variety of remedies. This recipe of yesterday has been carefully re-created in a modern way. A warm wrap follows the scrub to encourage increased circulation and ease muscle tension. This memorably luxurious experience finishes with a Williamsburg Massage using 18th-century-inspired oil."

I've booked each of these sessions for about 3:00 so I can get plenty of sight seeing and shopping in before my daily pampering.

If you're jealous of me, I understand.

1. When do you feel that you are at your sexiest? In my mid 30s. I was proud of my body and I was in love with a good man.

2. What's your favorite magazine? Why? I read alot and I still subscribe to a lot of magazines, but I'm always happiest when Allure arrives. It covers health and beauty and lotions and potions and I'm fascinated by this stuff. But Allure writes about it from a consumer standpoint, with the emphasis on what works and what doesn't, so we can separate the hype from the reality.

3. What’s something you do more quickly than most people? Write. Both composition and typing come easily to me.

4. When do you first remember using a computer? I remember what it looked like, but not my very first experience.

5. Who is the craziest person in your family? My older sister. Her grasp of reality is tenuous at best.

6. What one thing are you craving today? Tee hee. What I always crave on weekend mornings. Alas, I'm not in a relationship.

7. What is your favorite thing to spend money on? PURSES!

8. What’s the part of your morning you least look forward to every day? Fighting with my cat, Reynaldo. He seems to feel that it's up to him when I get up and when he gets fed, and I disagree. I am, after all, the one with opposing thumbs so I always win. But he puts up a good fight. For example, this morning he successfully gained my attention by knocking a brand-new box of cereal off the top of the refrigerator and into his water bowl. This soaked the box, ruined the cereal, and made quite a mess. GOOD MORNING!

9. What are some rules you have for yourself that don’t really make much sense? I can be a very messy housekeeper, but my TOWELS ALWAYS MATCH. I get very upset if they don't. I know it doesn't really matter and I don't know why it's so important to me, but it is. 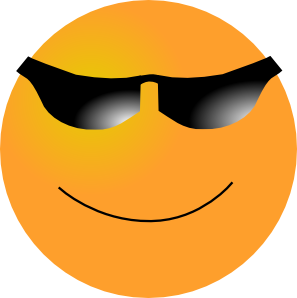 No, not Ross and Rachel and Phoebe. MY friends. I have received eagerly-awaited news on these three, and I'm happy to report their futures are so bright, I've got to wear shades!

My best friend managed to tie himself in knots over his annual performance review, certain that his bosses were underwhelmed by his efforts. I'm happy to report that instead he got high marks. My favorite comment was that he is "nimble," a reflection on his ability to jump from client to client, project to project. This is not something he thought he would be able to do, and now he's doing it well.


My oldest friend had a job interview yesterday for a position at a doctors' office. She thinks it went well, and even if she doesn't get the job, she's expanded her thinking. She moved to Los Angeles for a job in a massive, world-famous hospital, but it didn't go well. I asked why she hasn't been pursuing work for a private practice, which is what she did so well here, and her reply was that the doctors don't tend to post on positions online. In a nice turn of events, she's taking my advice and cold calling doctors' offices and working with a recruiter (it was a recruiter that got her this interview). She's more likely to get a job that suits her this way. She needs some good news, and I'm glad she's moving in this direction.


My friend in Key West is getting nibbles at his resume, too. He really wants a specific position in Portland, and he found out he's still in the running. This is good news because he hates his underpaying job down there in Key West, and with the economy as it is, he knows he has to relocate is he wants to continue teaching at the college level. What has caused me worry is his lover. For he is the one who wanted so desperately to move to Key West in the first place, and he has consistently grown in his career down there -- transitioning from waiter to bartender to restaurant management. I was afraid that my friend and his lover were going to experience tension in their home life as they decided whether or not to move. I'm happy to report that they are on the same page about this next chapter in their lives! His partner is only concerned that the move be worth it financially, since relocating can be very expensive. (I wish my oldest friend had been as wise about her own move.) The important thing to me, though, is that they are are strong and supportive as a couple. I'm glad that, after 20+ years, they are still in love and committed to one another. My friend deserves nothing less!

Me and my temper 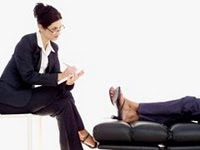 I get angry easily, and it's not a good thing. I can be sharp tongued and hot headed and I hurt people, including myself. I am not proud of this, and I battle it.

Which is why I surprised by how last night's therapy session went. I told my doctor how angry I still am about what happened with Kathy, expecting her to help me work through it, dismiss it. Instead, she said, "Of course you're angry. That sounds awful!"

Along with the anger comes a big dollop of hurt. This time, my anger is a healthy reaction to someone exploiting my vulnerability. It means I have the impulse to protect myself, that I know I don't deserve such treatment.