1) When did you recently have a conversation with a complete stranger? What did you two discuss? It was Friday, a phone conversation with the Ball State University alumni office. It was requested that, in lieu of flowers, donations be made in memory of my friend's husband to BSU. But it turns out that the university foundation has many different funds and I didn't know how to make out the check. The woman could not have been more sensitive and helpful.


2) In the video for this song, a woman is having a "hot" conversation on a corded, rotary dial phone in her bedroom. Do you have a landline? If so, do you have an extension in your bedroom? Yes, I have a landline. And yes, I have an extension in my bedroom. My friend Henry, who lives in Key West, has always, always recommended I maintain the landline because in the event of a disaster, it's unlikely that both cell phones and landlines will both go out. Well, guess who didn't take his own advice! Since Irma touched down on Key West last weekend, I lost a lot of sleep waiting to hear that they're OK. (And they are. YEA!)

3) This week's artist, Rick Springfield, says he wrote this song when he was worried that his girlfriend (now his wife) would cheat on him when he was touring. Would you describe yourself as suspicious or trusting? Trusting.

4) He became a daytime heartthrob as Dr. Noah Drake on General Hospital. Do you think it would be cool to have a really attractive doctor? Or would it make you uncomfortable? Actually, my gynecologist is a handsome man. Fortunately, I don't find him attractive. I've managed to put doctors and men of the cloth in some other, completely non-sexual category where it doesn't matter how they look, I'm simply not attracted.

5) He's discussed how sad he was when, as a boy, he had to leave his dog Elvis behind when the family left Australia. While you were growing up, did your family often move? Nope. I grew up in the same suburb where my parents grew up and met.

6) In 1982, when this song was popular, Italy won the World Cup. Do you ever watch soccer? Nope.
7) "Smiley," the first emoticon, was introduced in 1982. Do you use emoticons in your communication? Or do you avoid them? Sure, I use them. I once avoided them, but now they're part of the vernacular.
8) The Vietnam Memorial was dedicated in Washington, DC, in 1982. Do you know any veterans of that conflict? If so, tell us about him or her. My favorite uncle was a Vietnam vet. He was very proud of his service, even though he later told me the war was unwinnable. It was the service itself. The people he met. The places he saw. The events -- both positive and scorching -- that changed him.

9) Random Question:  Your friends are throwing a birthday "roast" in your honor. Which one quality of yours are you sure will be singled out for laughs? I have three passions that amuse my friends: my cats, the Cubs and The Lads from Liverpool. One or all of those would be zeroed in on.

It was a wild affair

Cubs manager Joe Maddon is an original thinker. He is famous for his words of wisdom to the team ("Try Not to Suck," which has become an anthem across the city) and his team building exercises (like replacing batting practice with a petting zoo on Wrigley Field). So I was confused but not exactly surprised when he made a wacky decision for Thursday night's game.

Now, in the final weeks of a tight pennant race, he gave a rookie pitcher his first start in a key game and matched him with his minor league catcher. Yes, the starting lineup for the game against the Mets included two young men who had never played major league baseball before.

Together they hit a batter and made an error and gave up stolen bases, walks and runs. After three ininnings, Joe decided the experiment hadn't quite worked out as he hoped and he pulled them for an experienced battery.

But here's the thing, it woke the rest of the team up. They played like the World Champions they still are. And the game ended in a romp.

I'm so happy I was there! 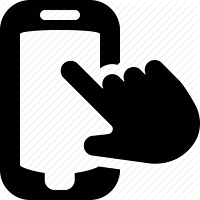