In honor of the Festival of Lights 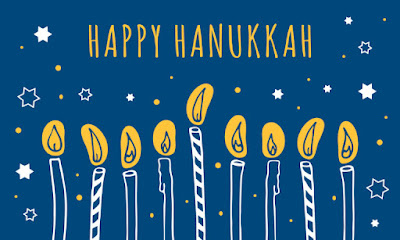 1. What is the craziest, most outrageous thing you want to achieve? It's neither crazy nor outrageous, but I long for peace of mind. 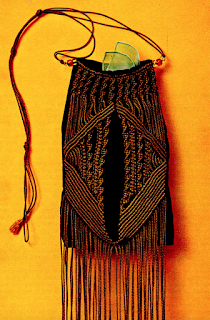 3. What is a fashion trend you’re glad went away. Fringe and macrame. This hideous thing is an evening bag from the 1970s.

4. What word or saying from the past do you think should come back? "Flippy." In Jailhouse Rock, Elvis' girl whines that he hasn't even noticed her new outfit. He declares it, "Flippy. Real flippy."

5. What do you bring with you everywhere you go? My housekeys and a mask.

7. Is there life after death? Of course.

8. Do you think there will ever be a third world war? I hope not. I fear if there is such a war, it will be the last we ever see.

9. What smell brings back great memories? I was happy to smell apple cinnamon at Thanksgiving. It's a happy holiday smell.

10. How would you like to be remembered? As a good friend. 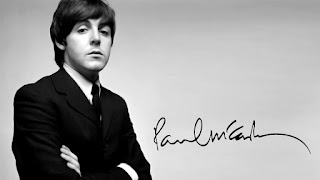 13. If you could eat only one thing for the rest of your life, what would it be? Hamburgers.

14. Where is the most awe inspiring place you have been? Washington DC. Walking up the steps to the Lincoln Memorial, seeing the Jefferson Memorial at night, actually made my heart swell a bit. I don't think I want to ever go near the Capitol again. Not after January 6, when those Trumped lunatics defiled it.

15. Describe your life in six words. Nah. I'll give you two: She tries.

"Sweet Loretta Fart, she thought she was a cleaner, but she was a frying pan ..." 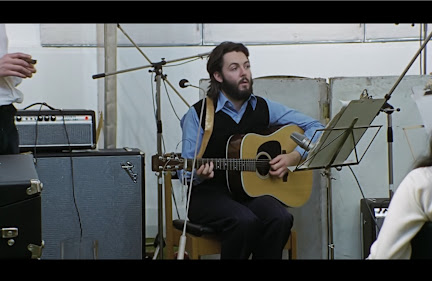 So I've watched all three episodes of Get Back and loved it, loved it! Though it did reinforce my prevalent Beatle theory, which is that the group was two geniuses and two really lucky blokes.

Because this is about the lads preparing for what would be their final live performance, looking at it through the prism of their breakup is inevitable. It's much more comprehensive than the 80-minute Let It Be documentary, and much kinder to Paul. He's shown here trying to hold the band together, not plotting to break them up.

It's George, I think, who comes off worst. Petulant, defensive and all-around unpleasant. It's understandable, I suppose. Those geniuses -- Paul and John -- are still a unit and they don't really let him in. They are more enthusiastic playing the songs they wrote together as young teens (like "I Lost My Little Girl") than George's new songs ("I, Me, Mine" and "For You, Blue"). It must have been hard to be relegated to the role of junior partner when he believed he had something to say.

Yoko didn't annoy me as much as I expected her to. Is this because she was a producer? Or was she simply a ubiquitous fly on the wall and nothing more? Linda is a pretty blonde counterpoint to Yoko, and it feels like she's only there because, well, John has his new girl there!

Ringo gets who he is in their hierarchy and, unlike George, seems to aspire to nothing more. He's comfortable in his own skin, happy to noodle the beginning of his new song ("Octopus' Garden") for his mates.

Get Back gives us a more positive Paul than Let It Be was. He clearly loved being in the studio with those guys. He wanted to get back before the fans. He wanted to maintain the whole "group" vibe, even though John is only intermittently engaged and George seems to be suffering from chronic Lennon/McCartney-induced dyspepsia.

He is, of course, a human with flaws. And those flaws amused be because they are mine, too. We learn that Sir Paul:

I have grown up to be my Beatle!