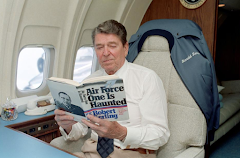 1. What are you currently reading? Dorothy Parker Drank Here by Ellen Meister. Poet, essayist and critic Dorothy Parker ruled the bar of the Algonquin Hotel in life, and now in death, she haunts it. But she's lonely and bored. As a ghost she's making highly sophisticated mischief as she searches for a newly-dead-but-not-ready-for-Heaven companion to keep her company.

She focuses on Ted Shriver, an eccentric but extravagantly talented author who has checked into The Algonquin with no plans for checking out. He has a brain tumor and has decided the surgery to remove it isn't worth the risk. He'd rather die in a hotel room than wake up with in a hospital bed with diminished capacity. His earthbound friends try to convince him to get the surgery so he can share more of his gifts with the world. Mrs. Parker, who knows all Ted's darkest secrets, wants him to join her for eternity in the bar.

This is one of the most thoroughly original books I've read in a long time. Well written, witty and (so far) carefully plotted. As portrayed here, Mrs. Parker is not exactly likeable but she certainly is fascinating. I can tell Ellen Meister is a fan and works hard to stay faithful to Parker's voice.

2. What did you recently finish reading? The Reagans: Portrait of a Marriage by Anne Edwards. I'm very glad I read this book. As a liberal Democrat, Ronald Reagan's policies were and remain anathema to me. But before this I knew little about him as a man. He was corny, sincere and more genuinely spiritual than I realized. While I still disagree with much of what he did as President, I find myself liking him. There was an optimism to him that is nearly irresistible. From lifeguard in Dixon, IL to president of the Screen Actors Guild in Hollywood to the White House, he truly believed he was helping people. We can debate the result, but I no longer question the motivation. Reading this while Trump's malignant shadow is still so dark and prevalent left me hoping the GOP returns to someone as authentic as Reagan. Soon.
He had a major blind spot: Nancy. Growing up the son of an alcoholic, then dumped by his more successful first wife (Oscar winner Jane Wyman), he was at a low point in his career and his self-esteem when Nancy entered his life. She loved him and believed in him and encouraged him to go further than he ever would have dared on his own. In return, he saw her as perfect. She was not.
Her relationships with her stepson, Michael, and her biological daughter, Patti, are appalling. When the kids bought these issues to their adored father, he responded with, "Why do you lie about her? She loves you." His dismissal must have been as devastating as their mistreatment at her hands. (Please note: this is not a Nancy hatchet job. Edwards explains at length how Nancy's childhood damaged her. Nancy's dedication to "Ronnie" as he succumbed to Alzheimer's is portrayed as heroic. She was still an abysmal mother and employer and an unimpressive First Lady. I wouldn't want to have known her.)
Anne Edwards' biographies are high level. If you've been reading about Reagan for years, there is probably little new here. But since I picked it up knowing little about the man, I learned a lot.
3. What will read next? I don't know.