I was once in a relationship with a good man. We were simply incompatible. If fault must be attributed in our break up, then I deserve as much he did because I was as wrong for him as he was for me.

I loved him then, I love him still. I think of him often and wish him nothing but happiness. 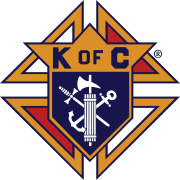 Which is why I was so sad when I learned (through what began innocently enough as "farting around on the internet") that life has dealt him some serious blows. Over the past 10 years or so, his father died, then the son he wanted so badly was born with autism, then he got a divorce, then his mother died.

And why I was so happy when I found (through more deliberate cyberstalking) that his life appears to be turning around. He is now a Grand Knight in the Knights of Columbus and attends an annual retreat that supports spirituality among men in his adopted hometown. He appears in a little 20-second YouTube video promoting the event and looks soooo happy!

Catholicism isn't for me. But that's not the point. It comforts him. And, to borrow from The Lads, "you know that can't be bad."

I am entering my weekend a little happier knowing that, somewhere, he's happier. 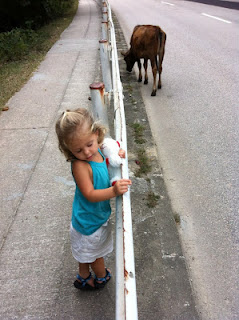 This weekend's challenge: Using EXACTLY 33 or 333 words, write a creative piece inspired by this photo.


Ok, be that way. You won’t look at me, so I won’t look at you. You’re just jealous of my pretty blonde hair and blue shoes. But they don’t make sandals for hooves!