Thirteen Facts about Paul McCartney. In honor of his landmark birthday.

1. He was born James Paul McCartney on June 18, 1942. His father, Jim, was a volunteer fireman and cotton salesman. His mother was a midwife employed by Liverpool's Walton Hospital, where he was born. His younger brother Mike completed the clan in 1944.

2. He was the product of public housing. Even though both his parents were always employed, they had trouble making ends meet and had to rely on help from the government. Looking back on his life, Paul said he "never saw better than the people I came from. I met Presidents and Prime Ministers, but I never met anyone half as nice as some of the people I know from Liverpool." 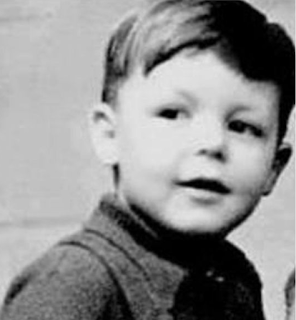 3. Paul was a very good student (top 3 in his class). He just didn't like school.

4. When he was 11, he auditioned for the church choir. He was not accepted.

5. His mother died of breast cancer when he was 14. It was at this time, perhaps to help him deal with the loss, that he became interested in music.

6. The first song he can recall performing publicly is "Long Tall Sally," which he sang at a talent show.

7. In 1957 he met John Lennon at church picnic. John's group, The Quarrymen, were performing. They hit it off, and we're all the better for it.

8. According to the Guiness Book of Records, the boy who didn't make the choir has sold more records than anyone else on the planet. He has million-selling Gold Records with The Beatles, with Wings, and as a solo artist.

10. His teenage home, once subsidized by the government, is now a national landmark.

11. He has been honored three times by Queen Elizabeth. In 1965, all four Beatles were awarded MBE (Most Excellent Order of the British Empire) medals. In 1997, he was knighted. In 2018, he was elevated to The Order of Companions Honor.

12. The boy who hated school co-founded The Liverpool Institute for the Performing Arts for students 4 to 19 years old. LIPA has earned accolades for teaching quality.

13. The volunteer fireman's son is an honorary member of the FDNY, an honor he received in recognition for his fundraising efforts after 9/11.