Just as the swallows return to Capistrano, I return to the movie theater when the Oscar nominations are announced. I'd already seen (and enjoyed) Lincoln and Argo. Now I have played catchup and seen Les Mierables and Silver Linings Playbook.

I finally saw Les Miz on stage a little over a year ago and it rocked my world. Especially Eponine. The movie was a little less awe-inspiring and more grueling. My mind wandered at times (like what an ordeal the filming must have been for Hugh Jackman -- he earns the title "The Hardest Working Man in Show Business" -- and why didn't The Boy from Oz ever play Chicago?). But Jackman and Russell Crowe were fascinating rivals and Samantha Banks was a heartbreaking Eponine. Anne Hathaway was wonderful, too, but I'd seen the clip of Fantine singing, "I Dreamed a Dream" so many times that it wasn't a surprise. Amanda Seyfried's Cosette kind of annoyed me. But then I'm so totally Team Eponine I may not be objective. The boys who play the rebels were all so achingly young -- like all frontline soldiers, I suppose -- that their inevitable slaughter hurts. So while this movie has much to recommend it, I just wish it was more deft, moved faster and had a bit more wonder to it.

If Les Miserables was something of a letdown, Silver Linings was a delightful surprise. I knew Bradley Cooper was a hunk, I just didn't know he could be such an affecting actor. Jennifer Lawrence was great in a difficult, edgy part. Robert DeNiro -- who has been such a hamhock in recent movies -- was vulnerable and real. Jacky Weaver embodied moms. The script was knowing and funny and original. In short, I looooved it.

So if I was in charge of the Oscars,* here is how I'd rank these 4:

I missed Life of Pi, but I wasn't that enthusiastic about that one anyway. Ang Lee is not one of my favorite directors. On the subject of directors, I have no intention of seeing Django Unchained. Tarentino and I broke up after Inglorious Basterds.

I likely won't see Zero Dark Thirty, either. While I understand the necessity of Bin Laden's murder, it did not fill me with joy. I cannot celebrate the death of any human being (ah, those pesky Sunday School teachings stuck after all). And I have always been disturbed by the specter of my country using torture, as I believe we're better than that. So no matter how wonderful the film may be, I think I'll pass.

*And wouldn't the world be a better place if I was?

Sunday Stealing: The Meme From Suburbia

1. What were you doing 10 years ago? I was worried about layoffs at work, just like now. Although the circumstances were very different then. Ten years ago, I was Big Boss Lady and I was fighting to save the jobs of my staff (instead of my own). And then the impetus for the layoffs wasn't that we didn't have enough work (like now). Back then, the agency I worked for went from being owned and run by one (very wonderful) man to being just a small part of a multinational network that needed to let people go to improve their North American bottom line.

3. Do you think the United States will elect a female President in your lifetime? Do you think this would be a good thing? Whether it's good or bad depends on the woman. For example, there's a world of difference in terns of brain power and qualifications between Hillary Clinton and Sarah Palin. And yes, I think it's inevitable. 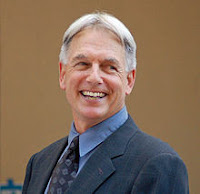 5. Who is your greatest enemy? Me

6. Tell me about your most recent trip of more than 100 miles? I went to Key West for New Year's. I have very dear friends down there in the southernmost tip of the contiguous United States.

7. Which do you use more often, the dictionary or the thesaurus? Dictionary

8. Do you have a nickname? What is it? Not really anymore. My dad had quite a few pet names for me when I was a little girl -- my favorite was "Andy Panda." Remembering that just now made me smile.

9. What are you dreading at the moment? Dealing with my older sister regarding our mother's "estate." The quotes are because all my mother really left us is bills and we're working toward breaking even. I have borne the financial responsibility virtually by myself, while our kid sister has had to deal with the emotional ordeal of disposing of our mother's personal belongings. And yet my older sister chooses to sit on the sidelines, kibitizing and making demands. At times I am glad that my mom can't see what a most emphatically not nice woman her eldest has turned out to be.

10. Do you worry that others will judge you from reading some of your answers? Not really. That's one of the benefits of keeping my cyber and real lives very separate.

11. If you find an outfit you love, but the size on the label is larger than you want, do you buy the outfit? Why or why not? With the big butt I'm hauling around these days, it's hard to imagine a label larger than I need. I suppose it's possible, though, since numbers go up to infinity. 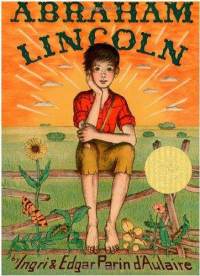 13. Out of all the books you read as a child, which one had the biggest influence on how you are today? Abraham Lincoln by Ingri and Edgar D'Aulaire. It fascinated me to imagine my homestate of Illinois as it was back in the 19th century and ignited a lifelong love of presidential biographies. It's a Caldecot Medal Winner, beautifully illustrated. If you have a young child in your life, I can't recommend this book more highly.

14. Which Golden Girl would you want to spend a night on the town with? Rose, because she kinda reminds me of my oldest friend and we always have a good time together.

15. What is the one product you would never buy in its generic form even if the generic is half the price? Paper towels. When you live among pets like I do, it's not worth it to have paper towels that come apart when faced with really icky tasks. I'm a Viva or Bounty Girl, all the way.

16. How old were you when you stopped believing in Santa? What are you saying? NO!!! I don't believe you!

17. What is the one smell that turns your stomach without fail? Coffee. Blech! There used to a commercial where the woman takes a can of Folger's and presses it to her face as though she were a horse and it was a feedbag, presumably so she can savor the scent. I learned to look away.

18. If someone holds out a carton of milk to you and asks you to sniff it to see if its spoiled, do you? Say, "Fuck no. If you're worried, throw it out, you moron." Why ingest something you suspect may be sour?

19. You have a completely free day and $2000.00, What are you doing? Taking off to find the perfect replacement for my pathetic sofa.

20. What is the most used item in your home? The aforementioned pathetic sofa.