As night falls, Henry is in Miami 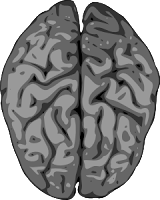 My dear Henry is still in the hospital. He may be there until Tuesday.

I can't talk to him directly -- he's sedated to prevent further seizures -- but Patrick has been in touch with Henry's husband, Reg, and reports that Henry is being a far more cooperative patient than he was last fall. That is good news. Right after his accident, Henry fought everyone, every step of the way. It sounds like he's participating in his own treatment. This is viewed as an improvement.

At the hospital, the staff noted bruises on Henry's chest and arms, indicating that he's fallen more often than he's admitted. So the seizures we know about on Tuesday and then Saturday are probably just the tip of the iceberg of his suffering. This breaks my heart. He's also been hallucinating -- asking his coworkers to turn down the music when he knows there's no music playing.

While this sounds very bad, it could just be part and parcel of recovering from a traumatic brain injury. His brain is teaching itself to work again, perhaps forging new paths through areas as they heal. The seizures and hallucinations could just be the result of a "system overload."

Today is Sunday. Tomorrow is Monday and then there's Tuesday. Hopefully I can at least text him on Tuesday. I don't want to upset or overtax him. On the other hand, I want him to know how much he is loved.

Today's happiness -- Patrick. A good friend to Henry's husband, Reg, since the 1980s, he's become an ally and comfort to me, too.

He called Reg today to find out how Henry is doing. Then he took the time to update me. Patrick and I commiserated about how difficult those two are to deal with. It was such a relief to talk to someone who gets it -- who understands that I can have compassion for everything Reg is going through and yet still not want to be his "punching bag" ... who realizes that, dear as Henry is, talking to him can be exhausting.
I found myself reflexively saying, "I'm sorry" quite often during our hour conversation. "You're a good person, Gal, no reason to be sorry," he replied more than once. Hearing that, from someone who knows the situation even better than I do, meant the world to me.

Questions from taken from the Friday Five.


1. Have you ever had a great conversation with a complete stranger? Yes! I once flew from ORD to RIC beside a woman who worked as a court-appointed elder care custodian. She explained her work to me, and I was grateful that I met her when I did, for unbeknownst to me, my uncle was going to be taken to court within the year and appointed a guardian. Much of what she said came back to me.


2. Where did you go on the very first vacation of your life? "Duck Lake." I don't know where it was (Illinois? Wisconsin?). My parents and my grandparents got a cottage there. It had a grassy front yard (the beach was, as my mom would say, "a ways away"). There was only a shower, which I was too young to use, so at night, my mom gave me a bath in a Rubbermaid tub in the kitchen. I was 4 or 5. I caught my first and only fish that summer. That's all I remember about it.

3. Open the door of your refrigerator. What is the first thing you see? My Coca-Cola

can/water bottle. I bought it to encourage me to drink more water. I keep it cool in the frig and then take it with me to the bedroom at night (if I remember).
4. What is your favorite place in your home. My dining room table.

5. If you had wings to fly about the universe, where is the first place you’d land? I'd fly to my friend Henry's side. He's going through a frightening time with his health.

7. What is special about the town you live in? Our architecture. We have an impressive collection of prairie style buildings, including many Frank Lloyd Wrights.

8. What is the last thing you heard about your first love? His mom died in 2015. I sent flowers to the funeral home. I haven't seen him for decades, but his mom and my mom remained friends and she would have wanted me to.

9. If you had created the world in seven days yourself, what would you have created on the First Day? I'm not going to second guess The Lord in this one!

10. How do you beat the summer heat? I whine and look for air conditioning.

11. Did you enjoy your Senior Year in high school? No.

12. Who is your favorite First Lady of all time? As was stated during the C-Span series on The First Ladies, she was sui generis. 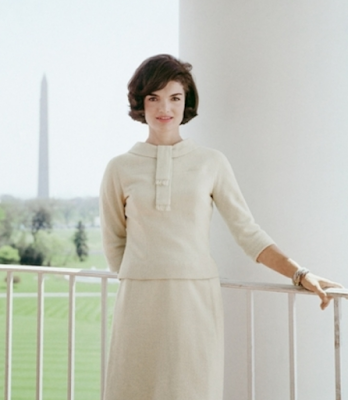 
14. When was the last time you needed First Aid? I wore a Band Aid a few months ago when I got a paper cut.


15. Can you explain what a first down is in football? The first time the offense gains 10 yards.