Why do you suppose this is?

I really didn't want to go to health club today. After all, I'd just gone yesterday! But, since I know I won't be able to workout tomorrow (client presentation), I forced myself.

I started with my 32 minutes of cardio followed by work on my flabby old arms. Then, to mix it up a little, I swapped my usual hip abductor exercises with some leg extensions. And right now, hours later, I still feel so good. Satisfied the way you feel after a job well done.

On La Liz and l'amour 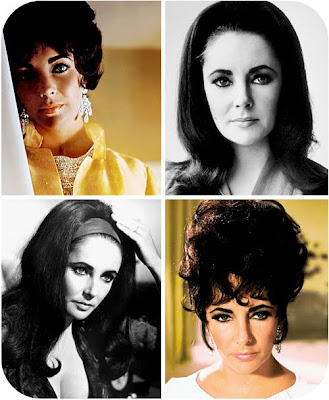 I have recently read -- and thoroughly enjoyed -- two biographies of Elizabeth Taylor. While her story is so ridiculously garish, glamorous, and over the top that at times it feels like a juicy soap opera, there is one aspect of her life I actually do (or at least, did) relate to: the way she equated drama with passion and love.

I did that once, for a decade. My friend, John, who knew me back in those days, said he believed that my long-time lover and I "had only two speeds: fighting and fucking." I believed the more fiery our clashes, the more he loved me. The more I hurt, the more I loved him. Weren't we lucky to inspire such tempestuous feelings in one another?

As I look back on those days, I shake my head. For while our "love" was all-encompassing, it was beyond unhealthy. It was sick. I don't think his feelings about me were about love or affection or even admiration -- he needed me, and then disliked how much he depended on me, and therefore had to punish me.

Yes, he was one twisted repulsivo. But it's important for me to remember that everything he did, I allowed him to do. I'm so glad I got out and eventually moved on. Not only away from him and the abuse but from the toxic POV that equated love with drama.

And who would think that pudgy little old me would have anything in common with one of the most famous, and once among the most beautiful, women in the world?
Posted by The Gal Herself at 9/13/2010 02:59:00 PM 1 comment: