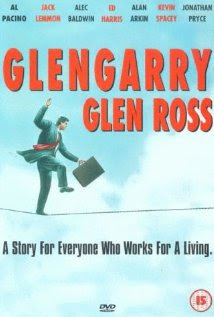 Share movies that focus on making money, finding money, losing money, stealing money or spending money. Then link back here at The Bumbles.

Glengary Glen Ross. "A. B. C. Always Be Closing." These are the words the salesmen at the Chicago real estate office live by. Times are tough, the competition is cut throat, and the David Mamet dialog is brilliant. Ed Harris, Alan Arkin and Jack Lemmon are especially desperate in their pursuit of the almighty buck. Alec Baldwin and Al Pacino are filled with macho swagger. And Kevin Spacey plays the office toady that everyone hates.

Quiz Show. Charles Van Doren comes from a family of erudite overachievers. He may not be as smart as the rest of his brilliant clan, but he is bright enough and good looking. That combination makes him a natural for a new phenomenon, the TV quiz show. Once he starts making money -- a lot of it for very little work -- he discovers he enjoys it. And he is seduced into doing what he knows is wrong just to keep it rolling in.

Wall Street. "The point is that greed, for lack of a better word, is good." Part of what makes Gordon Gekko such a destructive and powerful villain is that he doesn't think he's wrong, or even bad. He's simply indulging in the pursuit of power and money that he believes makes us humans superior to the rest of the food chain. 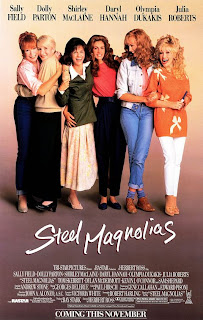