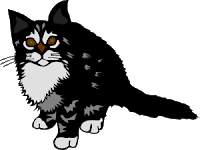 I'm not liking myself very much right now. I did something unkind of Monday, and I don't really understand why.

I saw Caleb on the corner of Michigan and Lake, and I just kept going.

He wasn't with his wife Randi or Napoleon. Just Caleb, his nose in a book, collecting cash with a sign that said he needed $23/night for a place to sleep. He didn't see me, and so when the light changed I let the crowd carry me across the street and just kept going.

When last I spoke to Randi and Caleb, they still had their apartment. I hope that's still the case. But I don't know, because I didn't stop.

I've been feeling overwhelmed lately. Worried about John ... about Henry ... about Rizzo. My oldest friend has been promising me a good chat since Labor Day, but she hasn't come through. Is she buried under the blues, or just thoughtless? (And which is the preferable option? I don't know.)

Worried about money. On the one hand, my tooth ended up costing way, WAY less than I expected it to (thank you, insurance). But there's still my niece's wedding on the horizon, and a new boiler, and a new roof, and (maybe) new windows.

I think I just couldn't handle another drop of sad.