Today's happiness -- Down 25%! I just opened my ComEd bill and am delighted to report that, even though the temperature was virtually the same (76º avg. in 2020; 75º in 2019), my power usage is way down. This is especially significant when you realize that I've been home, day in/day out, this year with the a/c running.

It's gotta be the new, more energy-efficient air conditioners. A lower bill is just another reward for conserving power.

The hardest part of life

Over chicken on Friday, Nancy shared how her son died. First he felt heart palpitations. He knew something was wrong, so he went to the ER. They did an EKG but told him they saw no evidence of heart disease. He went back to his apartment and called Nancy, who told him to "take it easy" and make an appointment with his internist. She suspected it was anxiety. Two days later, he went out to his backyard to have a cigarette. And died. According to the coroner, his heart gave out.

He was two days shy of his 24th birthday.

Nick had been living in Boston and wanted to come home. His younger sister had survived a bout with Covid19 and ever since then, he'd been obsessed with his mother and/or grandmother coming down with it. Also, he was never called back to his restaurant job and he was worried about money. Unfortunately, both his shrink and his internist advised against travel.

That's haunting Nancy. Her boy wanted to come home, and he died alone.

She looked pale and tired. She complained about the food -- which amused me because it's a greasy spoon never known for haute cuisine. But that's the place she's in right now. Her heart is broken, and so nothing is satisfactory.

Nick abused drugs -- including heroin -- for nearly a decade but was two years clean. That's why he was in Boston. He found a sober living house that worked for him. Yet the coroner insists that, because of Nick's history, an autopsy and tox screen be done. Nancy is furious. She knows they won't find drugs in his system. 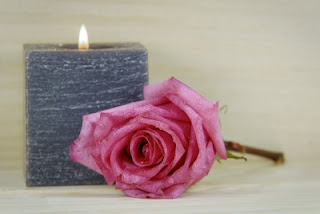 He was cremated. Her son's remains are being returned to her by USPS. She can track where he is on her phone. This left her bemused.

She is grateful that he called her just before he died, and that they had a good call. They knew they loved one another. She knew he was concerned about her safety; he knew she was proud of his sobriety. She takes comfort in that.

She guiltily admitted that, in a way, she feels "free." She began dreading that phone call about Nick ever since she discovered what he'd been using that vape pen for. Now it's come. The worst thing she could imagine happening has happened. And she's putting one foot in front of the other and living through it.

Her daughter Ivy, who lived through the corona virus, is in pain. Ivy misses her big brother and wonders why him and not her. Nancy knows she has to be there for Ivy. I think that's a good thing.

Her husband, Paul, has been a rock. He's not only a good egg, he's able to work from home so he's able to care for her without missing a beat. They've been listening to Mary Trump's audiobook, Too Much and Never Enough, together. That has distracted Nancy, so I guess our President really is good for something.

Before I had dinner with Nancy, I contacted my friend Amy. The two women have never met, but Amy was raised Roman Catholic and converted to Judaism when she married. AND Amy is a mom. I asked her what to say to Nancy that would help but not offend. I hope I did OK.

I also realize for the millionth time that I'm glad I believe in Christ and Eternal Life. I get the beauty and wisdom in what Amy told me, that Jews live a good life for the sake of living a good life, not for the promise of being with Jesus. But I am so relieved and comforted by knowing that no one I've loved is ever really gone, and that I will see them again. I don't know how Nancy can go on without that.