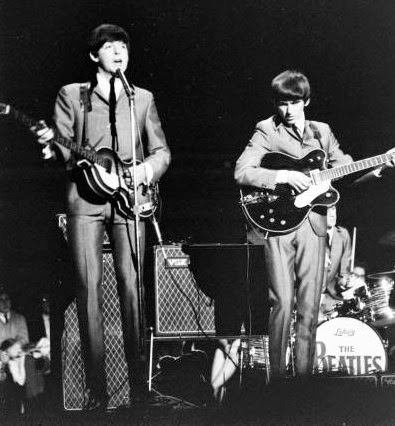 1) Recorded by Johnny Cash, "Ring of Fire" was written by his wife, June Carter. Johnny's daughter Roseanne says it's about "the transformative power of their love." What's your favorite love song? "Close your eyes and I'll kiss you, tomorrow I'll miss you. Remember I'll always be true ..." The Beatles with Sir Paul singing lead on "All My Loving."

2) Though more than 50 years old, this song is still popular today. Country Music Television named it one of the best and most requested of all time. Are you a country music fan? Not really.

3) This recording features mariachi horns, inspired by Mexican folk music. Have you ever been to Mexico? No

4) Cash's birth certificate said, "J. R. Cash," and "J.R." is what his parents always called him. When he enlisted in the Air Force, Uncle Sam refused to let him simply go by initials, so he chose the name "John." If you could choose a different name for yourself, what would it be? I think I'd be a good Julie. It fits me.


5) Cash and his first wife, Vivian, had their first date at a roller skating rink. Tell us about one of your first dates. I was in a relationship with a former coworker. We'd seen each other 5 days a week for more than a year. After he was let go, we went out, got drunk and ... um ... acted on our mutual attraction. He used to tease me about what a great first date I was.

6) Cash died in September, 2003, four months after he lost his second wife, and love of his life, June. The cause of death given was complications from diabetes, but his children believe he died of a broken heart. Do you think that's possible? I think perhaps after losing June he gave up, and giving up can kill you.

7) Cash was known as "The Man in Black." What color do you wear most often? Blue, as in denim. 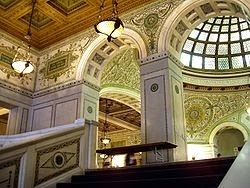 8) There's a Johnny Cash Museum in Nashville. What's the last museum you visited? I keep intending to visit the Chicago Cultural Center. It's nearby and free and there's always something interesting going on there. And even if the exhibitions don't turn me on, there's always the ceiling. It's always inspiring to gaze up at that Tiffany glass dome.

9) A stretch of Tennessee Highway 31E is known as "Johnny Cash Parkway." What street in your town is named for a famous person? There are expressways named after Presidents Eisenhower and Kennedy, but every town has those, right? So instead I'll go with Cermak Road, named for the Mayor of Chicago who literally took a bullet for FDR in the 1930s. Some horrible person actually tried to assassinate Franklin Roosevelt but hit Mayor Cermak instead. Anton Cermak was born in the Czech Republic and gave voice to Chicago's immigrant population. If it wasn't for the road, I don't think he'd be remembered today at all, which is sad.

Feeling very virtuous about yesterday's trip to the dermatologist.

First of all, I made it. I simply forgot and didn't go at all in 2012. The result was the discovery and removal of two suspicious moles in 2013. My doctor emphasized that I'm fair skinned, at risk, and have to take this seriously. His message got through to me.

Secondly, he complimented my complexion. Considering that this is what he does, it felt like quite a compliment! I mean, let's face it: if I'm out there looking for a job again, it won't help to look 56. He praised my skincare regimen, which most importantly includes sunscreen, and says I'm good until next year. Even the problem I've had in the past with congested oil glands (resulting in small flesh colored bumps on my upper cheek and temple) have abated somewhat and nothing has to be removed. YEA!

Our office has summer hours and I like using my Friday afternoons off for errands like this. My dermatologist's office is in a neighborhood I have a strange affinity for. It's not very attractive, really, at the intersection of two extremely busy streets. Except for the massive old Sears store, the buildings are all one story and nondescript ... kind of like a strip mall. But it's a nice mix of little restaurants and pizza places and a family-owned Italian bakery that's been in the same spot for more than 50 years.