2. In the 1980s, Madonna considered her wrist bangles one of her fashion trademarks. What's one of your fashion trademarks? I wear a lot of blue. So much, in fact, that one of my friends used to begin our phone conversations by asking, "which blue shirt are you wearing today?"

3. Though she got good grades, Madonna could be disruptive at school, known for turning cartwheels in the halls between classes. Can you do a cartwheel? Nope.

4. Her high grade point average earned her a dance scholarship to the University of Michigan, home of the Wolverines. Do you follow college football? Nope.

5. Madonna co-starred in the movie version of Dick Tracy. Do you enjoy comics? When I was in my late teens and early 20s, I used to read Apartment 3G every day in the paper while I rode the train. I don't recall why I stopped.

6. She played Argentinian First Lady Eva Peron in the biopic, Evita and directed a movie about Wallis Simpson. What famous 20th century woman do you wish you could meet/could have met? That would, of course, be my all-time idol, JBKO. According to rumor (and there is no shortage of rumors regarding this lady), she couldn't stand Madonna, either.

7. Madonna authored a children's book called The English Roses. Tell us about a book that had a big impact on you when you were a kid. Charlotte's Web.

8. One of Madonna's "vocal idols" is Ella Fitzgerald. Who is your all-time favorite female singer? Streisand.

9. Madonna once did a Pepsi commercial. What beverages are in your refrigerator right now? Coke, Dr. Pete (the Sodastream version of Dr. Pepper), 2% milk

Friday I ended up conversing with three of my neighbors. This is unusual, especially since I can go days without seeing any of them.

First I saw the woman from the third floor who wears the fashionable Warby Parker frames. Whenever I have seen her in condo association meetings she has been aggressive, pushy and condescending. Yet today, in front of our building, walking her dog, she was warm and friendly. After we chatted, she told me to stop over anytime. I couldn't believe how different she was, one-on-one.

Then I rode the elevator with the neighbor who wears a hairnet when he does his laundry. He and his girlfriend were coming in from Christmas shopping and they both looked so nice. Then I thought of my usual laundry room uniform -- oversized, elastic waistband jeans and Crocs -- and realized he might have been thinking the same of me. 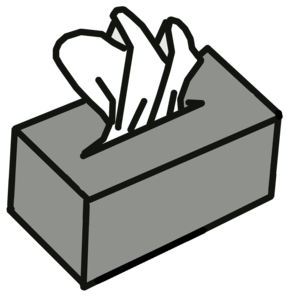 Finally I met my downstairs neighbor for the first time. While we were chatting, I asked her if she could hear me singing in the shower, since we share a bathroom vent. I'm such a bad singer, I told her that if it offends her she should just poke the ceiling with her broom. She laughed and said she hadn't heard me, but if she did she'd poke twice, which means, "You go, girl!" But then she told me that last summer she did hear me, when I was suffering with a cold and was coughing and [here she made the noise of me sucking mucous instead of blowing]. I was so embarrassed! And amused. That sound must really carry. It used to make my mother crazy, as well, even when I did it behind my closed bedroom door. Interestingly, my downstairs neighbor doesn't hear me yelling at Reynaldo, or watching TV at all hours. Just coughing and [insert sound of sucking mucous instead of blowing]. I'll try to remember to reach for a tissue, but sometimes, when the skin under my nose is so raw or I can't breathe, I just gotta [insert sound of sucking mucous instead of blowing].