My cousin is a musician by trade. He recently changed his Facebook profile pic to a photo of himself, looking a bit forlorn, riding the el ... wearing a porkpie hat and a sousaphone between his legs. It's a funny shot because the instrument is as big as he is, and naturally, he's the only one on the train carrying one.

His mother -- my aunt -- commented that our grandfather would have loved the photo because he often told her the story about holding down a second job, years before she was born, during the Depression. Monday through Friday, he worked construction at the not-yet-open Brookfield Zoo. On Friday and Saturday nights, he went into the city to play bass with a dance band for tips. Not a tall man, he always said that he was aware of the amused looks he got on the trolley car, balancing a bass that was bigger than he was. But he was going downtown to make honest money to feed his family, so he held his head high.

I was always proud of my favorite grandpa for helping to build The Lion House (now home to the zoo's rain forest). But I truly had no idea he'd ever been a professional musician!

He was such a wonderful guy. He loved gardening and was proud of his marigolds and snapdragons. He loved building things, like the backyard swing where I spent as much time as possible. He loved American history the way only an immigrant can, and taught himself about the different Indian tribes. He loved Hollywood movies, especially those starring Carole Lombard. And, of course, the Cubs. The Cubs are my birthright.

Now I know he played bass, too. He's been dead nearly 45 years, and I just learned that about him! How I wish the adult me could talk to him, because I think he had a lot to teach me.

He was a champ 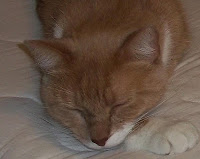 Two things you need to know about my old tomcat, Reynaldo. 1) He loves routine. He likes his litter box right where it is. He sleeps in exactly the same spots every day. I am supposed to wake up and come home at approximately the same times. 2) His favorite time of day is mealtime. Breakfast is when I get up in the morning. Dinner is when I come home at night.

He has been known to act up if 1 and/or 2 are disrupted. I don't think he means to be bad. It's more like there's a terrible problem that I must be made aware of.

Well, Thursday night into Friday morning, I was in terrible pain. I was desperate to relieve it and when all else failed, I soaked in the tub. By the time the pain subsided, it was dawn ... and I was just then getting back to bed.

THIS IS NOT IN ACCORDANCE WITH REYNALDO'S SCHEDULE.

I was worried that Rey would do what he often does: knock everything off my dresser until I wake up or, just to mix it up a little, comb my hair with his nails until I wake up.

When I finally got out of bed for the day, it was about 10:00. My good boy was tucked behind my knees, quietly comforting me and keeping me warm. When I began to stir, he moved up chest and curled up there. No disruptions. Just sweetness.

It's as if he knew I was feeling poorly and wanted to help.

It's back. The horrible pain in my gut returned with a vengeance on Thursday night. Really, it was pre-dawn Friday monring. There was no blood in the bowl this time, but the ache just above my crotch left me unable to sleep or even think about anything else. I finally got the idea to soak in the tub for a good long while, but by the time it helped it was 6 AM.

I shot an email to my boss, letting him know I'd try to be in by noon. I made it before 1:00. Advil and work actually helped. I was super productive. (Of course, looming deadlines will do that to you!) The young woman who shares our little cube did the sweetest thing for me: she arranged to have the dog who was visiting the office today stop by for a house call to cheer me up. Actually, the dog was rather tuckered out by the time he made his way over here and barely gave me a wag, but I appreciated her gesture so much.

As fate would have it, I stopped by my doctor's office Thursday night to leave a follow up urine specimen. Strangely enough, I felt just fine while I was at the doctor's office. Results should be back on Monday. Fingers crossed that it isn't anything too hard to treat. 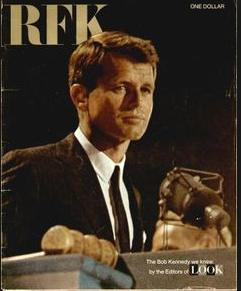