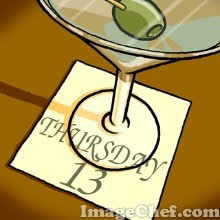 THIRTEEN QUOTES ABOUT THE MOST INTERESTING MAN IN THE WORLD

The advertising agency Euro RSCG first presented "The Most Interesting Man in the World" in their Dos Equis beer commercials back in 2006. Five years later, he's still going strong. I admire the success of this campaign and the incremental buzz and sales it has generated for Dos Equis.

And he still makes me smile. Possibly because ...

2) Sharks have a week dedicated to him

3) He is the life of parties he hasn't even attended 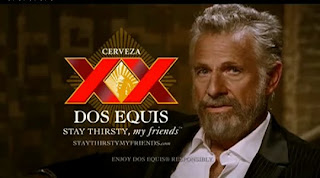 5) Alien abductors asked him to probe them

7) He aced the Rorschach Test

11) He taught his German Shepherd to bark in Russian

12) Police often question him, just because they find him interesting

13) If he were to punch you in the face, you would have to fight off the urge to thank him

Stay thirsty, my friends, and enjoy visiting other TTs.

I have a mom again 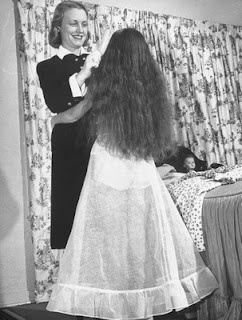 I am happy to report that my mother and I are getting along very well again.

As hard as saying that prolonged, painful goodbye to my uncle was for me, it was undoubtedly even harder for her because he was her baby brother. On top of that, she was in the process of watching her tenuous finances flow down the drain. I have been struggling off and on with my own shit, and I guess neither of us has been at our best these past six months or so. Early last month things came to a head and I came right out and told her that she has to think about how she talks to me. That some of her comments and attitudes have hurt me. She was surprised, but said she's work at it.

Well, damn, she has! We had a lovely Easter. She's being more supportive and I'm being more accepting and hopefully we're returning to a more placid relationship.

She's my mother and I always love her. She's also my mommy and sometimes I still need her. Now that we have both healed a bit after the tough fall and winter, I hope we can go forward in this more positive spirit and be a little more mindful and tender with one another.
Posted by The Gal Herself at 4/27/2011 02:04:00 PM 3 comments:

I want to wake up tomorrow, back in my cozy little house in Colonial Williamsburg. My vacation was a month ago already, and I realize anew that it was nowhere near long enough. I need more alone time in a completely different environment to really restart my emotional/physical battery. But it's not going to happen. So I shall just indulge in my moment of longing and forge ahead.
Posted by The Gal Herself at 4/27/2011 10:30:00 AM 2 comments: