1) Mad About You was a sitcom that ran from 1992 to 1999. Are you familiar with the show? Were you a fan? I watched it every now and again. Mostly I remember it for the scene-stealing dog they had. Murray went from shelter rescue to star! 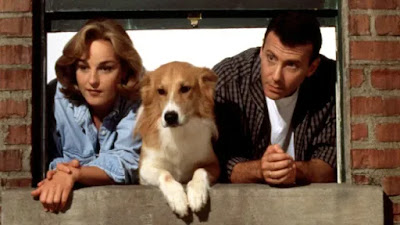 2) The show was rebooted in 2019/2020 on the Spectrum streaming service. Do you have any streaming services? If so, which ones? I have three: Amazon Prime, Netflix (which was a gift from a friend) and Disney+. I got Disney+ in July to watch Hamilton and forgot to cancel it. I'm getting rid of it at the end of this month, honest I am, after I watch 101 Dalmations and Tangled (the last being an enthusiastic recommendation from my niece, who loves her animated Disney).

3) The series revolved around Manhattan newlyweds Paul and Jamie Buchman. They met at a newsstand, where they were both purchasing The New York Times. With so many publications online, newsstands are now uncommon. When you want to purchase a printed newspaper or magazine, where do you go? There's an independent bookseller nearby that I try to toss business to, so I'd go there.

4) Paul is played by Paul Reiser. He created the series because he believes marriage is a tough but satisfying adventure. He and real-life wife Paula have been married for more than 30 years. They met when she was a waitress at the comedy club where he was performing. Have you ever waited tables? Nope.

5) Helen Hunt won four Emmy Awards as Jamie. Over 10 million people watch the Emmys each year. She also won an Oscar, which has an annual viewership of twice that. Therefore huge audiences witnessed Helen's acceptance speeches. Are you comfortable speaking in public? Yes. One thing that has always shown up in my employee reviews is that when I present to clients, they like and trust me. I'm proud of that. (I also firmly believe that it's my credibility with my clients that accounts for that paycheck being deposited in my account every two weeks; otherwise, I think my agency would have axed me long ago.) 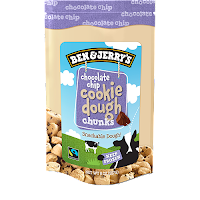 6) During the opening credits, Paul and Jamie are sharing an ice cream bar. When did you most recently have ice cream? Friday evening. Ben and Jerry's Chocolate Chip Cookie Dough Chunks are my official indulgence of the pandemic.

8) In 1992, when Paul and Jamie were playing New Yorkers, real New Yorkers were following the trial of mobster John Gotti. Mr. Gotti acquired many nicknames, including The Teflon Don, The Dapper Don and Black John. Is there anyone in your life that you call by a pet name or nickname? Yes.

9) Random question  -- What subject do you wish you knew more about? I wish I stayed with my Spanish lessons of a decade ago. I let myself get distracted by a health scare, and then, after surgery, I didn't pick it up again. 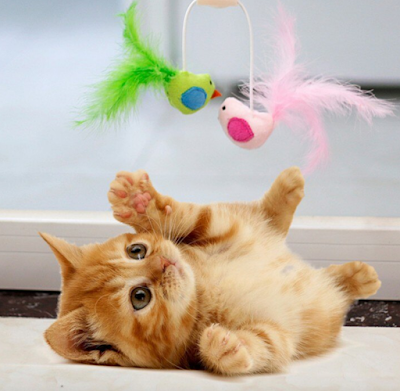 Today's happiness -- Done! The larder is full and my laundry basket is empty. My two big weekend chores are already done and it's just Friday night. What a great feeling!

It's turning out to be Will

I've been attending this classic film Meet Up for seven years now. When I first began attending, I gravitated to Martha and Joanna. Martha is the opposite of me in every way: nearly 6' tall, black, Buddhist and a bus driver! But she and I share a love of old movies, especially Jimmy Stewart. Unfortunately, her shift made her drop out of the group. I'd hoped that, with our Meet Ups having gone online, she'd resurface, but that hasn't happened.

Joanna and I have grown closer through the years because we're more alike. We're both writers, both politically aware, share a sense of humor, and, of course, love classic film. But as Joanna's relationship with Sid has taken off -- which, during a pandemic presents its own unique problems because of his health issues -- we've drifted apart a bit.*

But the friend from the group who has kinda sneaked up on me is Will. When I first started attending, I just thought of him as our nerdy moderator (since this is a group of movie fanatics, that makes him a nerd's nerd). He's very private, a closeted gay man who must have suffered greatly to think that, in 2020, his sexuality still matters. I know that, seven years ago, he tentatively asked me for help getting a job at our agency, which I wasn't able to do, and I think that might have embarrassed him a bit.

So he didn't seem like friend material. But slowly, we've clicked.

In spring 2019, he was my sherpa through my first TCM Classic Film Festival. We agreed beforehand that we would go our own ways -- we each had movies we wanted to see on our own -- but would check in every day. It worked out well. For someone like me, who prefers to travel alone, he was the perfect companion.

Then there was the night in summer 2019, when he and I continued chatting about that month's movie as I waited for my rideshare. An obviously homeless man came up and addressed Will by name. He wasn't panhandling, specifically, just saying "hi." I was impressed to learn that Will belongs to an open, giving church congregation that runs a soup kitchen and he volunteers. I like someone who quietly lives his faith rather than loudly judging others. 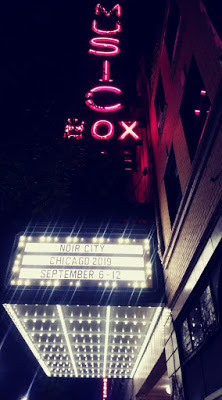 In autumn, he was my "date" for the Noir City Chicago Film Festival. It was going to be four of us from the Meetup on this field trip, but Betty is a fucking flake and Joanna got sick, so it ended being just me and Will. We had a wonderful time.

And so it's gone. Subtly getting to know one another better and appreciate one another more. IMing about podcasts we're both following. Sharing our Baby Boomer love of old TV shows (Peyton Place, specifically). He's the one who recommended the Doris Kearns Goodwin book Wait Till Next Year to me because he knows I grew up loving baseball. This week's MeetUp movie was chosen because it's one of my favorites and he found a great print for free on YouTube. I regularly deposit $5 or $10 via Venmo into his account because I know he's out of work through the pandemic and his is one of those jobs that may never return. But I offhandedly tell him it's to reimburse him for all the work he does to prepare for our Zoom Meet Ups, and remind Joanna to do the same.

I like Will. Will likes me. I'm glad we're in each other's lives.

*I should call her. Or at least send a chatty email. Just because she's not available on Tuesday nights doesn't mean we can't still talk and I could make a greater effort.