1. Have you ever had a vacation ruined by the weather or did you just work around it? The first time I visited Key West, it rained every day. Every day. My hosts, Reg and Henry, were mortified, as though somehow it was their fault! But I recall having a good time, despite the "liquid sunshine."

2. What small changes do you feel people could make to give the planet a fighting chance against global warming? Vote. Be sure to support candidates -- from President to your local councilman -- who embrace science and take global warming seriously.

3. Are you adversely affect by the weather, such as SAD? Not by SAD. But when it's oppressively hot like this, I get grumpy.

4. How is the weather where you are and have you seen drastic changes in it during your life time? Here in Chicagoland, it isn't just that our summers are hotter and winters are colder. It's more subtle and insidious than that. Average daytime temperatures in summer have only gone up slightly, but at night, the mercury doesn't drop the way it did prior to 1980. We don't get relief overnight the way we used to. It means we're using our air conditioners around the clock, instead of just sleeping with the windows open as we did when I was girl.

5. Do you think we can stop global warming or is it too late? See answer #2.

6. What could you do for an hour or so today that you would really enjoy doing? Plowing through the backlog on my DVR! I have so many movies I've yet to get to.

7. What could you do for an hour today that might improve your life in the future? Housework.

8. What could you do for an hour today that could strengthen or improve a skill you would like to be able to rely on? I'd like to go back to learning Spanish.

9. What could you do for an hour today that would make your living space more pleasant to live in? Divest myself of stuff. I have so much stuff.

10. What could you do for an hour today that would improve your relationships with loved ones? I owe emails and letters to people. I should get on that.

11. Do you like, dislike, or pay no attention to the wind? For the most part, I pay no attention. It's only on rainy days that it vexes me because it's hell on umbrellas.

12. Do you have allergies or sinus made worse by the wind? Nope.

13. Have you ever been caught in a big wind (not a hurricane or tornado)? All the time.

14. When was the last time you flew a kite? I don't believe I ever have. But that song from Mary Poppins makes me want to.


15.Would you like to have the power of flight? Yes. Ever since I saw her do it. I adore Julie Andrews as Mary Poppins.

A lot of conversation 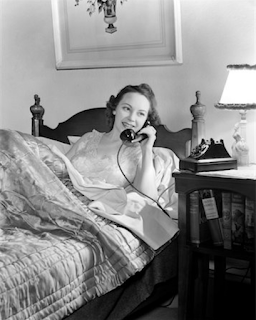 This year I spent July 4th at home blabbing, and I'm good with that. Reinforcing the connections was satisfying and, at times, surprising.

•  My session with my shrink. This was my regularly scheduled Saturday tele-session. I was surprised that she was open to having it on the holiday. After all, I know she has a young daughter and, for the many people who enjoy 90º temperatures,* the weather was nice. But with no parades scheduled, her Saturday was business as usual. And so we connected. It was an interesting session.

I reiterated my ongoing concern about my left breast. My eternally fibrocystic left breast. Whenever I feel that slight muscle ache, I get scared. And I must wait weeks for my mammogram, and then days after that for the results.

Instead of "why me?" I think "why not me?" when it comes to cancer. After all, Ed and Barb and Kathleen have all dealt with it in the last decade. Barb's husband died of it. Maybe it's just my turn. Then there's the new mole near my left eye. It's black, while just about every other mole on my body is brown. I'm going to call the dermatologist next week.

She said that I'm taking care of myself. That I'm being responsible with my health. That's it's natural to worry, and that I should stop Googleing my symptoms.

When we came to the top of the hour, she said something that surprised me: Do I want to continue? Not with this session, with therapy in general. She thinks I've accomplished a great deal, and wonders what else I hope to get out of our therapeutic relationship.

I wasn't expecting this. It's only been four months. I still feel like a hot mess.

But I did like that she broached this. There's a myth out there that shrinks try to "hook" their patients, make us dependent to make more money off of us. Clearly, that's not the case with this doctor.

Then I celebrated the 4th by eating a steak and watching Abe Lincoln in Illinois. Then ... 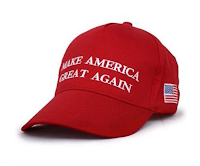 •  My oldest friend called. She lives with her cousin in the California mountains, and was trapped in her room. Her cousin's in-laws had come over, en masse, for barbecue. While they proudly put on MAGA hats, they won't wear masks or social distance. They feel masks signal disdain for their President. Never mind that California is suffering an alarming uptick in corona virus cases and that my oldest friend has heart disease and diabetes and is currently battling a tenacious bladder infection that's resulted in an elevated white blood count. These in-laws know about her conditions. They just believe in Donald Trump more than science (or good manners).

My friend didn't want to put her cousin in the position of choosing between blood family and in-laws,† so she announced she had to call me -- her friend since Kindergarten! -- because I suddenly needed to talk. It was a lie on the surface, I hadn't reached out to her at all. But it was wonderful to catch up.

Must of what we talked about was silly: bad TV shows we both revel in, Joe Namath's Medicare commercials, and Beatle trivia, Some of it was comforting: we compared notes on our medical maladies and she reiterated that she didn't think I had breast cancer. ("I would know," she said, referring to how close we've always been.) We compared notes on family. We've always been able to make one another laugh, so it was a happy, healing way to spend our time.

I had a margarita and was about to watch Hamilton. Then ... 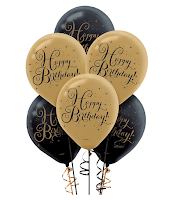 •  I exchanged texts with John. The Birthday Boy had been a little melancholy about turning 65 during a pandemic. Usually he has several celebrations, with his vast circle of friends, often at Chicago's fairs and festivals. But this year, there were no events and many of his circle were afraid to go out.

Well, Friday night (his actual birthday), the bar he frequents celebrated him. They tied balloons to an isolated table for two, labeling it "John's Corona Corner." When he arrived -- as they knew he inevitably would -- they played Diana Ross at full blast and presented him with a sheet cake adorned by a photo of Miss Ross herself.

He was so proud! I'm glad he was able to spend his July 4th with good memories of July 3rd.

*I am not among you.

†Her cousin's husband, the man related to these cretins, is suffering from dementia and has no opinions on the pandemic, Donald Trump or the 4th of July.
Posted by The Gal Herself at 7/05/2020 08:25:00 AM 2 comments: