A tall hot chocolate and a shot of Bruce 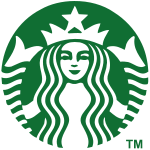 On my way back to the elevators from the ATM, I stopped at Starbuck's and, in addition to less than 290 calories worth of chocolate, I got Bruce Springsteen's latest, Wrecking Ball. In all, a most satisfying afternoon escape from my desk!
Posted by The Gal Herself at 3/12/2012 03:36:00 PM 4 comments:

This week's challenge:  Check out the third definition of trail (below), and use the word exactly as it appears, in no less than 33 and no more than 333 words.

The Good That Men Do
She refolded his note on the creases and tucked it back into her wallet. In the years since he left it on her desk, she’d only looked at it a few times. But the important thing was, she knew the note was there, with her always, and she knew what it said: “You have great insight, you are compassionate, and you do things all the time that make a difference in peoples’ lives.”

He had been her friend, and though he was gone his love continued to trail almost imperceptibly through her life, seeping into her heart and strengthening it so subtly that sometimes she didn’t even notice it anymore.

But then there were other times, like today, when she reached for that piece of simple white notepaper, with its message scrawled in blue ballpoint, and fingered it like it was a rare treasure.

According to Shakespeare, “The evil that men do lives after them; The good is oft interred with their bones." Oft, yes, but not always.