The Addams Family (1964)
Unfamiliar with this week's song. Hear it here.

1) One of TV's spookiest families was inspired by a series of New Yorker cartoons. What's the last magazine you flipped through? Allure. I was reading about the Two Faced line of mascara and considering the false eyelashes the editors endorse. I really need to update my look, but I'm a little leery of going too far. I want lush lashes, but I don't want to look like Rudolph's girlfriend.


2) The Addams' butler, Lurch, was originally conceived as a mute. But then actor Ted Cassidy ad libbed the line, "You rang?" and Lurch had a voice, and a catchphrase. Can you think of another catchphrase connected to a TV character?

4) What's the scariest movie you've ever seen? Psycho. There's so much about it that's fiendishly wonderful. Every time I see it -- and I've seen it a gazillion times -- I appreciate it a little more. Hitchcock was a consummate filmmaker who didn't have to rely on slaughterhouse gore to terrify us. 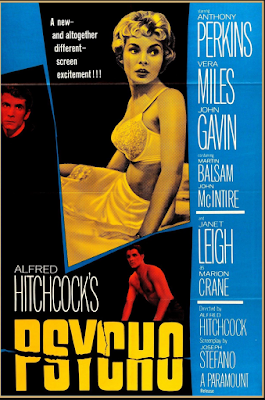 5) Thursday was Halloween. What goodies did you give the trick or treaters? I didn't get any trick-or-treaters, which made me kinda sad because I was actually home in time to greet them had they stopped by. A combination of factors (snow, plus my village having a party for trick-or-treaters last weekend) kept them away from my door. Anyway, I

have Atomic Fireballs at the ready. Since the expiration date is 4/21, I'll just tuck them away for next year.

6) Are you attending/have you attended any Halloween parties this year? We had one at the office. I drank spiked cider, ate chicken fingers, and voted in the jack o'lantern contest. (I work in an ad agency, and art directors can take pumpkin dcarving very seriously.)

7) Did you carve a jack o'lantern this year? Nope

9) In 1964, when The Addams Family premiered, one of the most popular store-bought Halloween costumes was Bambi. It came with a plastic mask held on by a thin elastic band. Tell us about a memorable Halloween costume from your childhood. You know, nothing comes to mind. My mom chose the costumes for me and my sister, I didn't have any say, and besides, here in Chicagoland I was usually covered by my coat anyway. This is not to say I didn't enjoy Halloween festivities and the adventure of trick-or-treating, it's just that I guess my costume was irrelevant.

Last night, Henry literally growled at me. That's how angry and frustrated he was with me. I lost my temper and told him if he was going to treat me like shit, I was hanging up. Considering that he's recovering from a traumatic brain injury, it was not my finest moment.

However, in my own defense, I think Mother Theresa would have yelled at him last night.

For the past month, he's been obsessing over the pain in his left nipple. He says it hurts so bad he cannot stand up straight. He reports that when his doctor touched it, he yelped so loud the doctor literally jumped back. He is convinced it's breast cancer, and is upset that no one takes his pain seriously. He was waiting for the paperwork so he could have a sonogram, but that the waiting is torture.

I listened patiently. Then I told him I thought it was a clogged duct of some sort that's become infected. So of course it hurts. But it should be pretty easy to cure.

Last night, he resumed complaining about "his teat." I asked him what the sonogram revealed.

"I have not gone. Reg has the paperwork."

Then he started complaining about his back. "The scoliosis" his mother told him he inherited from her. His GP can't find anything wrong, but his back hurts so bad! We talked about this before, when I walked him through my own back problems. I convinced him to get a referral to a chiropractor.

So last night, I asked him how it went with the chiropractor.

"I have not gone. Reg threw the phone number away."

I told him he needed to get serious and take control of his own care. That once he had answers, and a treatment plan, he would feel better.

"Because you haven't been to the chiropractor or had the sonogram!"

He complained about his depression. He said he longs to talk to his psychologist, but he's out of free appointments from "the county plan." I think that's the Employee Assistance Program. I told him to use his insurance, that Blue Cross will cover at least a portion of a therapy session.

"But then I would have to pay and I have no money!" Never mind that I could tell he was drunk. If he gave up one bottle of wine/week, he'd have more than $50 in a month to put toward a session.

"Why don't you call your shrink and ask her how to deal with the insurance company? She's probably had experience with situations like this."

"You do not know how much money I owe! You do not know! Why do you not understand?" That's when he growled at me. Literally. Like, apropos to the day, a werewolf.

He insisted he was sorry, told me he only talks to me like this because Reg and I are all that he has, that I am his own true sister.

We talked a little bit about Halloween -- which, of course, was a depressing disappointment -- and then, blissfully, he said he was tired and needed to sleep. Me, too, Henry, me, too.

When Henry is sober, he's better than this. I know he drinks because he's self-medicating, but it exacerbates his worst qualities. The man on the phone last night was not my dear, darling Henry, who puts others first and looks for ways to support his friends. (At no point last night did the words, "How are you?" cross his lips.)

But this is who Henry is, right now. For now. I'm not equipped to handle this, but I'm doing the best I can. I'm hanging on.

And forgiving myself for cringing when I see his name on Caller ID.