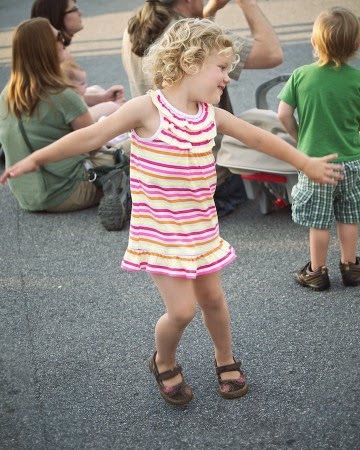 Today's happiness -- Javier Baez. Our brand-new second baseman made his debut at Wrigley Field today and got a noisy, bat-breaking single. He's a 21-year-old phenomenon who joined the team on the road last week and got a home run in each of those first games.

So now joins All Stars Anthony Rizzo at first and Starlin Castro at short. All are on the green side of 25. While it's obvious that this year isn't the year for my Cubbies, I am confident that better times are ahead.
Posted by The Gal Herself at 8/08/2014 11:09:00 PM No comments:

My older sister had heart surgery yesterday. According to my kid sister, the surgeon found blockages but she's going to recover and is leaving the hospital tomorrow.

I feel terrible about this. Because I don't feel bad.

I don't want her to be sick or die. I don't wish her discomfort or pain. I just don't care. And that makes me very sad.

She's a year older than I am, so we grew up together in the same house, and I have no good memories of her. Not a one. I have many bad memories. But I can't think of any shared jokes, whispered secrets, games or songs we shared. No advice she gave me. I just remember her hating me.

Throughout my childhood and adolescence she competed with me and belittled me -- at home, on the playground, at school, in Girl Scouts, at Sunday school. She always used to beat me. My oldest friend, an only child, recalls spending the day at our house and seeing my older sister wale on me with a pink hairbrush. When my friend got home, her mom asked her if she wished she had a sister; she thought a moment and said, "No." She scalded me … stood on my hair while she kicked me in the small of the back … threw me into the stove with such force she caused a gas leak …

My parents were in denial about her temper and her poor impulse control until the day she went at my mother with a broom. Then we all got dragged into family therapy -- for one session. My takeaway from this was (and remains) that within my family, it's OK for anyone to treat me anyway they wish. There's no downside to hurting me. As long as it's just me you're hurting. Lay a hand or utter a cross word to anyone else and it's a problem. But when it's me, well, it's not really a problem.

As women, I've avoided her. I saw her a few times this millennium as a favor to my mother. It made my mother so happy to see us together. I didn't feel that I'd found my soul mate or best friend. I just felt good that I was giving my mother the gift of seeing her children together.

Then my mom died and my sister got vicious about "her mother's estate." All "the estate" included was headaches and bills. My sister stuck me with all the expenses and then had the chutzpah to accuse me of trying to rip her off and threatened to sue me.

Threatened to sue me.

The rational me realizes that she was mad at my mother, not me. That by naming the executor, my mother was stirring up all the old competition and feelings of jealousy my older sister felt. She was hurt, and when she's wounded she's vicious.

I get that. And with that understanding comes a certain amount of compassion and forgiveness.

But not love. I don't love her. I don't even care. That makes me like Morales in A Chorus Line.

I was obsessed with A Chorus Line when it first came out. I've seen it onstage at least three times and have memorized the soundtrack. And all afternoon I've been channeling Diana Morales. Because I'm so very sad that I feel nothing.

Today's happiness -- Beautiful summer weather. Upper 70's with a slight breeze. The sky filled with big, puffy white clouds. The sidewalks were filled with happy people, both downtown and at home in my village. Window shopping, dining al fresco, walking dogs. A good summery vibe all around.
Posted by The Gal Herself at 8/08/2014 01:15:00 AM 2 comments: