Even when it's virtual, I just can't seem to get it together in time. Anyway, I missed service altogether last week and didn't see that we were doing this. 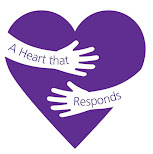 Today I'm determined to focus on two of these -- Self-Compassion and Compassion for All -- with a single act. I'm going to walk to the other side of town to the dollar store.

Self-Compassion: I'm facing a crazy few weeks at work, and today is a warm, sunny autumn Sunday. There will be precious few of these perfect days before winter. I'm going to be good to myself and get out in it. Laundry can wait! Monday morning, with stress and worry about work, will arrive soon enough.

Compassion for All: I will pick up dollar store goodies for my "blessing bags." I try to carry them in my purse. These baggies include a disposable mask, a dollar bill, and something else. I like to toss in a packet of tissues, maybe cough drops, and a breakfast bar. All of these things are available at the dollar store at such an affordable price there's no reason not to do it! It's grounding to remember -- as so many complain about gas prices, empty store shelves, etc. -- that there are those among us who sleep outside, and for them small comforts like a clean mask and a clean tissue are blessings.

I hope that these daily observances will open my heart into a more Christian heart that responds.

Diana is just not Jackie 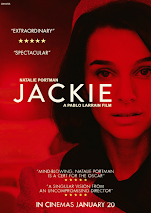 I loved Pablo Larrain's Jackie. It's a super-depressing movie, but it's engaging and human, taking Jacqueline Kennedy through those first days when she became the former First Lady. A woman, still mourning for her dead baby, loses her husband in the most violent and public way possible. We're with her every step of the way as she rises to the moment, as she transcends pain to feel her power. It is, for the most part, historically accurate. Yes, Tish Baldridge and Nancy Tuckerman are morphed into one character, no, Bobby Kennedy never smoked cigarettes, and yes, it was Maud Shaw and not Jackie who told Caroline her father was dead. Theodore White dreamed of looking like Billy Crudup. But only us hardcore Kennedy-philes would notice these things.

So I was eager to see the director's take on Princess Diana in Spencer. Could he do for the Princess of Wales what he did for JBK-not-yet-O? 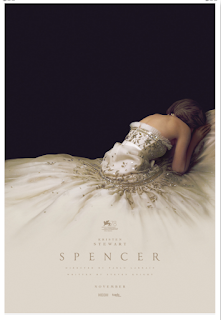 Like Jackie, Spencer gets the clothes right (and when we're talking Jackie and Diana, we care about the clothes). It has a similar discordant score which keeps us both in the mood and uncomfortable. Larrain's leading ladies turn in spectacular performances. Kristin Stewart was unexpectedly good.

But for some reason, this time Larrain takes more liberties with history. Too many characters are composite or fabricated (the equerry and the dresser are major characters, and as portrayed here they didn't exist). The Royals are not introduced and if an audience member didn't know Princess Anne from Princess Margaret, they won't recognize them here. And Charles! I know he's the villain of our piece, but why did this girl ever marry this drip? Why is Anne Boleyn hanging out with Diana?

Watching an unhappy Diana unravel -- or, more precisely, fight to keep from unraveling -- in the face of formidable in-laws is inherently not as dramatic watching Jackie wipe her husband's blood and brains off her face.

The movie tells us early that it's "a fable," so maybe I should have expected it to be more Joker (which, strangely, is what this reminded me of) than Jackie. But look at the posters. Jackie is shown in her iconic pillbox hat in the moments before the world -- hers and ours -- changed. You wouldn't know it without seeing the movie, but Diana is kneeling before a toilet. The movie treats her bulimia with sensitivity. But still, I can't help thinking Diana deserved better than this.

PS I do love going to the movies!