Sunday Stealing: The Over the Edge Meme

1. What curse word do you use the most? Probably a tie between "fuck" and "shit."

3. Do you still remember the first person you kissed? Yes, indeed.

5. Has anyone ever called you lazy? Just everyone who knows me.

6. Has anyone told you a secret this week? No.

7. What is the first thing you notice about the someone that you are attracted to? Usually his hair.

8. What are you looking forward to? One last day off before I have to go back to work.

9. Do you own any band t-shirts? Springsteen and The Beatles. Pretty old school, huh?

10. When is the last time you slept on the floor? October 2009. I had the flu and slept on the bathroom floor.

11. What did you do last night? Went to see The King's Speech and then went to a Thai restaurant for crab rangoon and green tea.

12. Do you get along better with the same sex or the opposite sex? Depends on the person. I don't think it's wise to generalize that way. 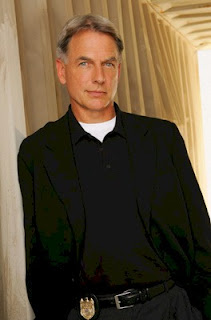 e last person to make you mad? I don't remember. Isn't that great?

14. Who would you want to be tied to for 24 hours? Mark Harmon, my TV boyfriend.

16. What’s something you’ve always wanted? To be able to sing

17. Do you enjoy spending time with your mother? Sometimes

19. Where is/are your best friend(s)? At his house, most likely making sure his daughters completed their homework