1) They lyrics tell us that no matter how low the singer feels, it will raise his spirits to recall the way his lover looks tonight. Share a special moment in your life that brings a smile to your lips, no matter what. I've experienced this special moment many times and it never fails to delight me. Wrigley Field is more than 100 years old. Upon entry at street level, The Friendly Confines don't seem that special. Dank and bereft of sunlight, smelling of beer and salt and sweat. Then you go up the steps. Voila! A bright miracle! Sunshine, green grass and ivy. A sea of like-minded Cub fans. I think of my grandparents, my parents and my late uncle. I'm thrilled to be back at Wrigley Field, happy to be the third generation of Cub fans to make memories here. 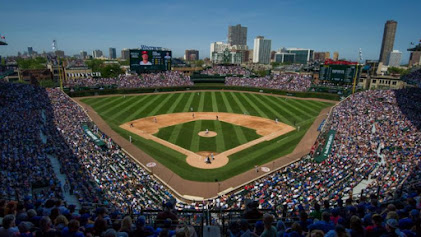 2) This song was introduced by Fred Astaire in the 1936 movie, Swing Time. It won the Oscar for Best Song. What's your favorite movie song? So many! Too many, in fact. But here's the first one that comes to mind: "A Hard Day's Night." 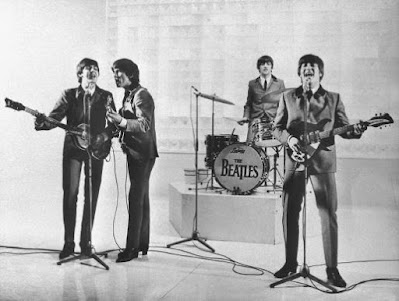 3) Though today Fred is revered as a Hollywood legend, producers had to be convinced to give him a shot. The initial notes on his screen test were: "Can't act. Slightly bald. Also dances." Tell us about a time when someone underestimated you. I think sometimes I underestimate myself. I find as I get older, I'm less sure of myself.
4) Fred's legion of fans includes Jackie Chan. The martial arts star says Astaire's movies influenced the way he choreographed the Kung Fu fight sequences in his films. Mr. Chan is one of the most popular film stars in the world. Have you seen any of his movies? Nope. I don't really care for action movies.
5) Fred was always fascinated by new things. In the 1970s, when he was in his late 70s, he took up skateboarding and became so good at it he was awarded life membership in the National Skateboard Society. Have you been skateboarding? If not, is it something you're tempted to try? Me on a skateboard would not have a happy ending.
6) Fred's friends were amused by his passion for daytime soap operas. In the days before video recording, he would call home from the club house at the golf course and ask his maid what had happened that day on his favorite "story," As the World Turns. Is there a show you try not to miss? This Is Us. I don't think Kevin and Madison are going to make it down the aisle next week.

7) In 1936, the year this song was popular, the US patent office issued a patent for the Zippo lighter. Beginning in WWII and for decades after, Zippo lighters were issued to our soldiers. During the Vietnam War, troops had their lighters engraved with personal mottos. What's something you have had engraved or personalized? What did it say? "Kathy & Kris. Friday Harbor. May 2016." I stole some photos from my friend Kathy's Facebook page and had a jigsaw puzzle made, and that was the title in the center. Kathy loves puzzles, is losing her memory, and I know how much that getaway with her sister meant to her.

8) Also in 1936, a killer tornado struck Tupelo, MS. Have you ever been in a tornado? How about a hurricane or an earthquake? No. I've been very lucky that way. The worst weather I recall enduring was the summer of 1995. The mercury rose to 105º and then stayed in the 90ºs for days after that. As if that wasn't bad enough, it never got cool at night. It was hot and humid, even after dark. Over 700 people died from the heat! I learned we're an "urban heat island." A 20th century phenomenon, metropolitan areas have too much cement, asphalt and air pollution absorbing heat. It was miserable. In cold weather, we pull together. Chicagoans smile at one another and shrug as if to say, "Can you believe this shit?" But when it gets hot, people get mean.
9) Random question -- We're creating an action figure of YOU. What two accessories should we be sure to include in the box? A cat and a can of Coke.