Well, that was a dose of drama 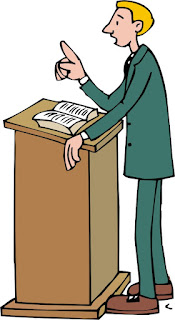 Our lead minister left. He'd been with us for 18 years which, I guess, is a long ride. His departure seemed sudden to me, but I wasn't that affected by it. I appreciate how he made Sunday School and religious education a priority in our congregation, and he made me more aware of criminal justice reform and the plight of those trying to re-enter society. I'll always remember his oft-repeated admonition: "Don't judge a whole life by its worst moment."

On the other hand, I don't care that much. I joined this congregation because of Rev. Jay. I adored him. He challenged me to always remember that I'm part of a congregation, a village, a state, a nation and a world. What am I doing for "the glory of God and service to man?"

Twenty years ago in October, Rev. Jay left. He postponed his leaving by two weeks to help us heal after 9/11, but he left anyway. He wanted to go home to Massachusetts to be near his mother, who was in failing health. I recall taking this very badly, saying to myself, "But we're your family, too!"*

After 9/11, we invited Chicago's Muslim community to worship with us. I'm still proud of that. There was so much bigotry then (and it remains; remember Trump's "Muslim ban?") but not in our house. I remember that as Rev. Jay's last fabulous moment.

The new minister arrived in 2003. Because of the impact Rev. Jay had on me, he was always "the new minister," just didn't engage me intellectually the way Rev. Jay did. Because I wasn't especially involved with him, I didn't notice the fissures between him and congregation.

Oh, did I find out about them today! Our interim minister is meeting with all of us, in small groups, and she fielded questions. Here's the obvious: the lead minister's parting seemed so sudden. Was it?

Yes and no. It seems there was a revolt of sorts over problems that had been there for quite some time.

•  The paid administrative staff had been asking for job descriptions and formal reviews for years and never got them.

•  Volunteers felt burned out and were getting embarrassed by always asking the congregation for more money (OK, I noticed that one, but I thought of it as inflation, not mismanagement).

•  The associate minister felt like an employee, not a partner.

•  The choir director felt she had no support. Music is a big part of our congregation.

•  There's the cottage next door. Rev. Jay had lived there. The new minister refused to because his wife didn't want to live that close to the church. OK, but it's been allowed to fall into disrepair. The Religious Education team has been using it for Sunday School. Six days/week it's empty, and it's been unused during covid. Meanwhile, we've taken office space on the other side of the tracks. Why? It's a cute little 2BR, 1BA house with a small yard. Why don't we fix it up and make it our office? For some reason, the new minister kept the cottage at the bottom of his list of priorities. Since 2003.

I appreciate how frank the interim minister was, but I felt kinda like a dolt for not knowing all this was going on.

And I was exhausted when the Zoom ended. I'm not used to this kind of drama in my spiritual life. Work? All the time! Church? Never.

I hope our next new minister touches a chord in me like Rev. Jay did.

*Rev. Jay died in July of last year at 74. After his mom's death in 2006, he became an interim minister, going from congregation as needed. He retired in 2019. I feel bad that he only got to enjoy six months of retirement before he died. On the other hand, he was such a passionate crusader for human rights that he might have missed this pulpit.

More of Those 5000 Questions

1. Who do you take for granted? I realize I have taken my cat Reynaldo's spirit for granted. It is not indomitable, after all. He is reaching the end and I am heartbroken. (See post below.)

4. Who's your favorite cartoon character? Mr. Peabody, with his boy, Sherman, of course. Every dog should have a boy. 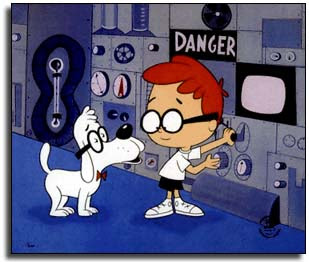 5. Does break dancing impress you? I suppose. I mean, I realize it's hard to do. But I haven't seen anyone break dance in years (decades?).

6. Are you a miracle? In the sense that we're each a miracle.

7. Have you ever eaten tofu? I suppose it's been in a salad or on a sandwich I've consumed.

8. Does the moon have an effect on your mood? I have never noticed. But I have friends who believe strongly that it does. It's possible.

9. Many people will say that the Harry Potter books are pure fluff with no literary value. Do you agree? I've never read one. But I'm very much in favor of books that encourage young people to read.

10. What are you doing next Wednesday? I'm having a Zoom with a lawyer about my new will. (Jealous, aren't you?) In December of last year, I signed up for the group legal plan through work. $15.90/month. I enrolled because $190 for a will drawn up by a local lawyer -- not one I do myself through an online template -- is a good deal. (Investopedia says it generally costs $300 to $1,000.) However, it's not a good deal if I don't get off my ass and actually use the benefit. I mean, here it is, September already! For pity's sake, do it, Gal! And so Wednesday, I shall.

11. Why do so many people think Elvis is still alive? Good goobies! I haven't heard this one in years! I'm not sure anyone really thinks this anymore.

15. Have you ever belonged to a sorority or a fraternity? Nope.

Yesterday was not a good day

Friday, Reynaldo was very interested in his food. He greeted me at the door when I returned from running errands. He knocked things off the dining room table to get my attention.

Saturday, he did none of those things.

All he did Saturday was sleep or, when awake, stare. While this morning he joined me for some snuggles, he seemed unsteady on his feet as he ambled away.

He is not enjoying his life. I know that. We've been together since he was a kitten. I know all his moods. He may or may not be uncomfortable, but I know he is not happy.

I am going to call the vet in the morning. I don't want to wait until Rey-Rey is in pain to do the right thing. On the other hand, I don't want to say goodbye if all he needs to feel better is a short course of meds.

He is never going to get well. I accept that. He is 17 -- 84 in human years -- and he has a litany of maladies: glaucoma, arthritis, chronic kidney and thyroid and now heart troubles. I know that.

I truly wish he would die overnight. In his sleep. Peacefully. That would be our happiest ending right now.

That's not likely to happen though, is it? Life is seldom that kind, and it seems I have a lesson to learn here.

I pray I do right by him.