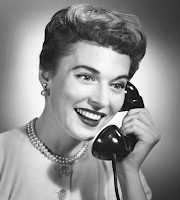 I've connected with two old friends this week. It felt good, if not always easy or fun.

Kathy. This phone call was our first conversation of any length since I hung up on her back in July. We're in contact on social media and email, but it's been strained. She is slipping away. Her cognitive decline is disturbing, and it makes her unreasonable and angry. I have tremendous sympathy for her, and am sorry she feels isolated. On the other hand, I can't let her beat up on me because of it. And so I've avoided real-time, one-on-one contact.

I called her and we chatted and it made her happy. She had a list of movie stars -- everyone from Clint Eastwood to "Lenard" DiCaprio -- and wanted me to recommend movies of theirs she could rent from her library. It was arduous. Every few minutes she'd say, "Stop! Slow down! I'm writing down everything you say!" followed by, "Did I write that down already?"

She asked me how our friend John was. I paused for a moment, not sure how to answer because while I knew he was OK, I hadn't spoken to him in weeks. She started to cry. "I was afraid you'd say he was dead."

The virus is on her mind constantly. Though she lives surrounded by family, her adult grandchildren aren't much help to her because they are Trumpers who believe in "herd immunity." She's literally afraid to have close contact with them and misses them terribly. If I saw fear in my own beloved grandmother's eyes, I'd put on a fucking mask, just to make her feel better. But then, I don't pretend to understand the incredible lack of empathy our President and his supporters never miss an opportunity to display.

But I will stay in touch. I will reach out and call her more regularly. It made her happy. It is the least I can do for an old friend who is suffering. And this cognitive decline is real, and it's frightening her.

John. He's back! John went two weeks when he just didn't pick up his phone. He's had the blues. Partly about the virus, partly about the rumors and ugliness being spread against "DemocRats" (like us), partly because he believes Amy Coney Barrett wants to take away his hard-won rights as a gay man. But he knows that he simply can't respond by turning us all away. We love him too much and it frightens us.

At least he knows it now. He kept apologizing to me, and told me that three people he feels close to -- me, Gregory and his Cousin Lori -- all spelled this out to him. I told him he didn't need to apologize any more. He just needs to not do it again.

I get it. I understand the desire to pull in like a turtle. And John certainly has a right to not engage. But I told him, just post on Facebook (he hates Facebook), just send a text. Just let us know that he's healthy and he's eating. That's all I want to know. We can gossip. We can compare notes on our TV watching. We can talk about how much we miss the Cubs. We can always do that another day if he's sad. But in the meantime, all he has to do is raise a flag and let us know he's safe.