1) This song is from the play Chess. It's been said that the most successful players are fluid in their thinking. Do you consider yourself flexible or set in your ways? A coworker recently predicted that my tombstone will read: Change Is Bad.

2) Nigel Short, a real-life chess grandmaster, used to wear a t-shirt that said, "He who cares, wins." Do you always play to win? Or do you play board/card games or sports for the fun of it? I have no killer instinct for games at all. Now in business, that's another story.

3) The singer is in Bangkok for an important tournament. He maintains that he doesn't mind missing the sights and dismisses Bangkok is just another "crowded, polluted stinking town." Do you find big cities exciting? Or do you think of them as noisy and dirty? I have always been a City Mouse. 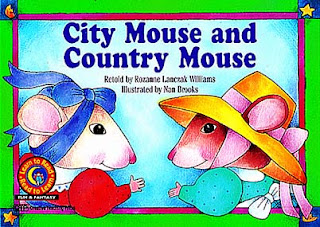 4) Air pollution has reached serious levels Bangkok. Do you suffer from allergies, asthma or another condition that could be aggravated by pollution? Lately my eyes have become rather sensitive to smoke and grit.

5) To reduce traffic, commuters travel through Bangkok on ferries that make regularly scheduled trips up and down the Chao Phraya River. When was your last boat ride? It's been so long I truly don't recall. Too bad, because I love Lake Michigan.

6) Round trip airfare between ATL and BKK is $1750. If we gave you a travel voucher for that dollar amount, how would you spend it? I'd use that travel voucher to take my nephew to Washington DC. I'd love to show him all the memorials and museums. He's a history buff, and he's never been there! What an honor it would be to introduce him to his American heritage.

7) The Holiday Inn Express in Bangkok has a McDonald's onsite. When you go somewhere new, do you find it comforting to be surrounded by what's familiar? Or would you prefer to try new things? Both. "When in Rome ..." and all that. But there is something to be said for the dependability of a Big Mac when you're on the road.

8) One of Bangkok's most popular restaurants is DID, which stands for Dine in Dark. The dining room at DID is 100% light free -- cell phones must be stored in the lobby to avoid distracting from the experience -- so customers eat their four course meal without seeing it. This heightens the diner's sense of taste and smell. When you prepare a meal, do you put a great deal of care into its presentation? None. When I prepare a meal, I often consume it standing in the kitchen or in front of the TV.

9) Random question: Think about your last professionally prepared meal. Did you dine in, carry out, or have it delivered? Carry out. A slice of pizza at my desk, Friday lunchtime.

My good deed for Friday

I sit across from a rather adorable boy -- he's not yet 30, so to me, he's still a boy. He works hard, is personable, and he's a Cub fan, so we have much in common. Every morning, after a win (and we've had more than anyone else this magic season) he pastes a blue W on the wall. Currently he has blue W's wrapping all around his cubicle!

He was gone Friday afternoon, from lunchtime on. Just before 5:00, he reappeared. He was en route to his office space and I was on my way to the ladies' room. I could smell the liquor on him. He literally did a soft shoe when he saw me. "Home field ad-van-tage!" he sang, referring to the Cubs still improving fate as we move toward the playoffs. I figured he'd gotten free tickets to this afternoon's game, would grab his backpack, and go home -- or to a Wrigleyville bar to continue partying.

When I got back from the restroom, I saw him talking to a coworker. Nonono. Not good. I thought that, since everyone from my team had left for the weekend, that his group had cleared out, too. Unfortunately, that wasn't the case. And he was, frankly, too obviously drunk to be interacting with coworkers.

I've openly drunk beer at my desk -- swigging from a bottle handed to me at one company celebration or another. I've got a bottle of cheap bottle of vodka in my bottom drawer and have surreptitiously  mixed it with fruit juice and sipped away with complete impunity. As long as we don't appear high, no one cares. But there's the rub. No one cares if we drink at work, but it's dangerous to been seen drunk.

I didn't want him to get in trouble, so instead of going home, I sat knee-to-knee with him and started a conversation. My sense was this -- if anyone wanted to talk work with him this close to the end of the workweek, and saw him in animated conversation with me, they'd just let it go until Monday. Who wants to stay late on Friday? 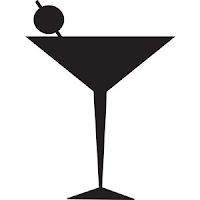 It worked. We talked until nearly 5:40, until I couldn't hear a printer whirring anywhere else on the floor.

He hadn't been to The Friendly Confines of Wrigley Field. One of our agency's vendors had an open house and much, much food and liquor had been provided. We talked baseball first and then he let IT drop: he's one of about 25 of employees being transferred to our sister agency in January. This could be a very important move for him, a chance to show he can handle more responsibility than he's heretofore been given.

How shitty if a little harmless and out-of-character partying jeopardized that?

So I missed the opportunity to slip out early Friday. I served the greater good.