I love my friends. They are the family I chose. I work at being available. I worry and research options to help them solve their problems. I realize that sometimes I do more than I'm asked, and just as often I'm asked to accept more than I should. I'm OK with the former, but I'm working on the latter.

Which is why last night I hung up on Kathy. I feel guilty about it. On the other hand, I could tell that the conversation was going nowhere good and I have to look out for myself at times, too.

Wednesday she sent me a rather cryptic text about how "weird" the world has become, and wondering how I was faring in it. Yes, the world is weird, but really no weirder than it was in April. Last night (Thursday) I called her. She didn't pick up, and I didn't leave a message. After all, I have no statement to make and wasn't sure what she wanted.

A few minutes later, she called me back. She wanted to know what I wanted. I told her I was responding to her Wednesday text. She asked me what she said. Huh?

I asked her about her family camping trip to Baraboo, WI. She posted photos on Facebook and I was curious about two things: 1) Why was no one wearing masks at this multigenerational gathering? After all, Linda is 72; 2) How did she get along with her ex? They divorced back in the 1980s, and at times their relationship has been contentious, but he's resurfacing in her life more and more. What gives?

It took her so long to answer the first question, I never got to ask the second. It seems the younger generation has bought into the herd immunity theory.  I get it, as a theory. I'm not sure I could look my frightened grandmother in the eye -- and Kathy is, indeed, worried about Covid19 -- and discount her discomfort, though. They're also already refusing a vaccine that isn't yet available. This all sounds selfish and insane to me, but it's her family, not mine. More than once as she rambled her way through this tale, she said things like, "Thank you for being patient," and "Sometimes I think I'm going nuts."

I addressed that comment directly. "A bad memory doesn't make you crazy. It just means you have a bad memory."

To show solidarity with her on the family thing, I told her about the drama surrounding my niece's wedding. She said, "You know, if you ask me about any of this tomorrow I won't remember." Huh? That is not a normal thing to say in conversation.

"Why would I ask you about any of this?" I asked. She had no answer. When I was done, she told me she'd been to "a clinic" to have a mammogram and a bone density test. I asked her when she was going to see her doctor. After all, she has Medicare and some supplement plan, she should take advantage of them. Plus, this is not the first time her cognitive issues have shown up on my radar.

"I don't want anything in my record."

I said, "You're concerned about your memory. You should see a doctor and see if you can't get help with it."

"I'm not concerned about my memory."

"Kathy! You've mentioned it several times in this half hour call! It could be something that's easily treated ..." I have researched this. Hypothyroidism, vitamin deficiency or poor blood flow can all contribute to memory loss. I know she's worried about dementia, so why not try to get it diagonosed so she can maybe stop worrying?

I didn't get to say any of this because she literally hissed at me. "Let it go, Gal," she said in a threatening voice. "I mean it." 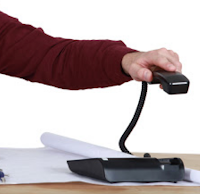 What the ever-loving fuck? If you don't want me to comment on your bad memory, quit mentioning your bad memory. Stop putting neon around it. And do not use that tone of voice with me!

I surprised myself by doing this. Usually I would stay on the phone with her and try to calm her down. I would make sure she understood that I care about her, and get how her fear drives her reactions.

But then I thought, "she doesn't get to treat me that way." After all, I am in this relationship, too. She gave no consideration to how she was talking to me, or how it made me feel.

We've exchanged texts twice since last night. Kathy admitted that, after the family vacation, her daughter expressed similar concern about her memory and promised to be there more for her mom. She also appreciates that she shouldn't have spoken to me that aggressively, that I was responding out of concern.

So we're good! I stood up for myself, and nothing bad happened.

Of course, I'm still worried about her health and safety. That hasn't abated. But I've learned something important about myself in my personal relationships. Not as important, I know, as what Kathy's dealing with, but it's growth for me.