My shrink told me that I'm unusual in that I don't get lonely. I miss certain people at certain times, but I never feel at a loss when I'm alone.

I suspect this is because my favorite activities are solitary -- watching tv/movies, reading, farting around on the internet. 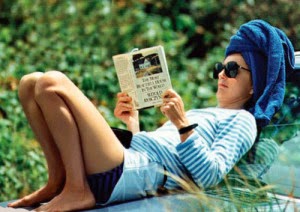 • What are you currently reading? Talk by Michael Smerconish.  A novel set in the world of a conservative talk radio station in Tampa-Clearwater. A really interesting book so far. Cynical, but fascinating.
• What did you recently finish reading?  Tropical Quests by Wesley Sizemore. A fictionalized memoir of life in Key West in the 1970s. Okay, I'm still kinda reading it. I just needed to take a break because (1) Talk distracted me and (2) the narrator of Tropical Quests really gets on my nerves. The author writes well, and many of the characters and settings come to life vividly. I just don't like the voice of the storyteller. But there's a lot of talent on display here and I'm sure I'll return to it.

I Say a Little Prayer 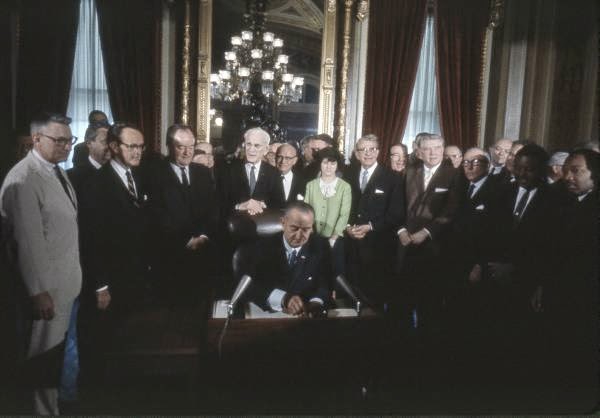 This is the 50th anniversary of the day President Lyndon Johnson signed the Civil Rights Act of 1964. This bill made it illegal to discriminate based "on race, color, religion, sex or national origin." It outlawed institutional segregation. It was a glorious moment for LBJ. A President whose legacy is often thought of as sad because of the tragedy of Vietnam, he deserves all the praise he's receiving posthumously for making this happen. 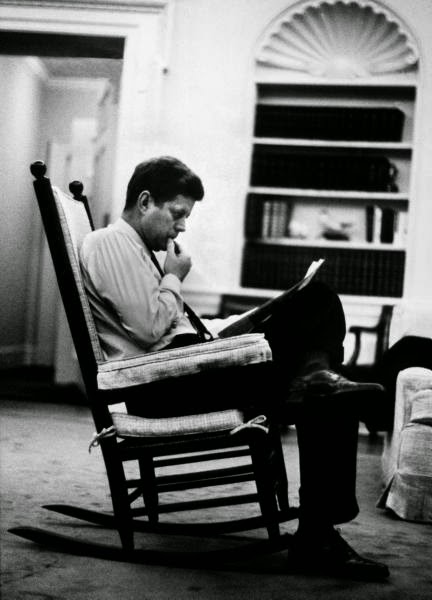 He made it happen, in large part, by relentlessly and shamelessly invoking President Kennedy's memory. It was JFK who introduced the bill, who wanted the bill, and who faced an uphill battle in Congress at the time of his death. But in 1964, America was still reeling with grief and shame over Kennedy's assassination, and Johnson was savvy enough to tap into that. He used to say, "No memorial oration or eulogy could more eloquently honor President Kennedy."

In addition to the nightmare in Dallas, America had endured the horror of the 16th Street Baptist Church Bombing in Birmingham. An act of almost incomprehensible ugliness, white supremacists bombed a black church and killed four little girls in the fall of 1963. This domestic terrorism had a huge impact on the Kennedy brothers. I haven't read extensively about Johnson but, as sitting Vice President at the time it occurred and as a Southerner, I'm sure it touched him deeply, as well.

So today, when we celebrate the 50th anniversary of the law that shows our government at its best, I'm going to remember LBJ, JFK, Addie Mae, Cynthia, Carole and Denise in my prayers. This bill was, literally, drenched in blood, sweat and tears.

The usual: get my home, my health and my finances in order.

I'm self aware enough to know that those things aren't making me unhappy, per se, but are symptoms of my discontent.

I'm working on all this by slowly redoing my bathroom (Cute Handyman is here in a couple weeks to install the new medicine chest and lights) and working with a personal trainer (not going as well as I'd like, but still, I'm putting in the effort) and being more disciplined with money (no Sir Paul for me; it's sold out and I can't afford $225 for a crappy nosebleed seat).

I hope I will end summer happier than I started it.