Shit happens to my oldest friend. Her plate is always full of drama. I knew that if I called and let her know I feel she has undervalued me and my feelings lately, that she would turn around and tell me of some emotional or legal tsunami that has engulfed her family.

e enough, she left a message today, letting me know her 21-year-old son was robbed at gunpoint behind their apartment building last night. He's OK -- all the crooks got were his phone and his cigs. But there was much hubbub as she got to meet with Beverly Hills' finest.

I'm sure it was terrifying and awful. I'm not diminishing that. But the events of yesterday, of course, don't explain where she's been for the past week when I was sick. And you know what? It doesn't really matter. This is how she is, how she's always been. I either have to accept and love her as she is, or quit investing this friendship with so much emotion.

As with the weight loss/fitness issues (see below), this really is MY life and I have to take responsibility for the shape it takes.
Posted by The Gal Herself at 5/10/2011 02:52:00 PM 3 comments:

Buckle your seatbelts! It may be a bumpy few months!

I went to the gyne yesterday and it was an interesting, satisfying appointment. It was good that he heard me as we talked about my weight. Like my GP, he doesn't think it's that big a deal in and of itself ... unless he looks at it in context. After being a consistent weight for six years, I've gained 30 lbs. over the last three. I'm not a linebacker, I'm only 5'2. Thirty lbs. on a frame like mine is, indeed, a big deal.

Since my heart and thyroid are OK, he's pretty sure it's the antidepressants. Which is what my shrink thinks, too. And, after all these years, there's no being certain I even need them anymore.

The doctor believes that the fatigue that gets in the way of my working out as often as I should is partly due to the antidepressants, and partly because I need to eat more protein and less pasta. I know the rich tomato sauce that came with my noodles is good for my heart, but I have overdone it.

So now I have a plan, and now I am feeling hopeful and empowered. Let's hope that, come summer, I don't return to feeling weepy and filled with self loathing, like I was when the anti-depressants rescued me.
Posted by The Gal Herself at 5/10/2011 01:32:00 PM 3 comments:

I don't really want to know

I saw Molly the Cat's "dad" today for the first time in months. He looked fine and was on his usual corner, in front of Starbuck's, next to the mailbox. But alas, he was without Molly. As I bent to drop some change in his cup, our eyes met but I saw no recognition there. I was going to ask how that much loved, well fed white cat was doing, but then I thought ... don't ask if you don't want the answer.
Posted by The Gal Herself at 5/10/2011 01:23:00 PM 1 comment: 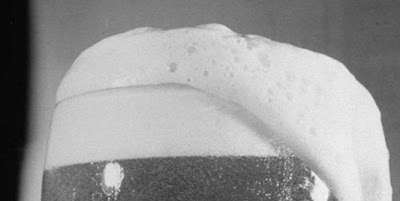 Saw the most amazing thing while riding the el this morning. A young man drained his Dunkin' Donut big beverage cup and refilled it with the contents of a beer bottle. He went on to sip his frothy brewski through a straw.

He did not seem drunk. He was well kempt, with the world's biggest and shiniest ring of keys. So I'm hoping he's a janitor who works overnights and was on his way home from work.