I checked the Free Little Library on the corner and am happy to report that four of the paperback biographies I dropped off have been picked up by others!

Kate: The Life of Katharine Hepburn by Charles Higham was published in 1975. The lady herself was still alive, perhaps that's why it was so "affectionate" (OK, it was fawning). Still, The Great Kate is a feminist and film icon and when I was a girl, this volume helped explain why. I like thinking it will do the same for another fledgling fan.

Legend: The Life and Death of Marilyn Monroe by Fred Lawrence Guiles was published in 1991. It's a sympathetic and rather well regarded biography of Marilyn. But there are other books that had a greater emotional impact on me. Still I'm glad I was able to share a book that treats Marilyn with respect.

Barbara Stanwyck by Al Diorio is a book from the 1980s that I really didn't like. It's not really the fault of the author. Stanwyck was a dreadful mother. Not abusive, as Joan Crawford has been rumored to be. But disinterested to the point of neglect. Since she played such compelling mothers on the screen (Stella Dallas, Victoria Barkley on The Big Valley), I found this disturbing. Still, she has her loyal fans, and I hope this lands in the hands of one of them. 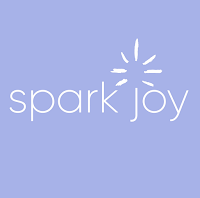 The Kennedy Women by Lawrence Leamer is from 1994. It was an easy read that goes well beyond my girl Jackie. It introduced me to Bridget, who immigrated to America and married Patrick Kennedy. Her great-grandson was John Fitzgerald Kennedy. The book is a fine intro to women who were Kennedys by birth or marriage. I like that I'm sharing this slice of American history with someone else.

Instead of just yellowing with antiquity and collecting dust, these books are being cracked open again. To borrow from Marie Kondo, giving these books a second life "sparks joy."