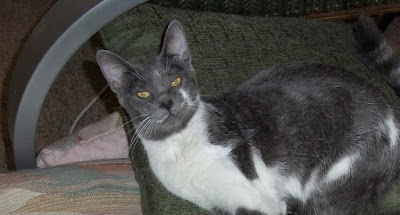 I've kept a close eye on Connie since getting the bad news about her bloodwork. And here's the thing: she doesn't know her immune system is compromised. She's a happy girl who feels just fine, thank you.

She's alert, watching the branches move in the breeze from our 4th floor window. She's active, eager to track a bug across the wall and willing to engage Reynaldo in hijinks. She's affectionate, demanding to be picked up at times but also content to just be near me. And she's eating, though she's far pickier than I'd like her to be.

I must remember these important dates -- and I keep getting this wrong so I'll list them all again here -- because the vet says it would "not be unusual" for her to live to be 10 or 12.

•  She joined our household in June 2014, when she was 3. She had a gum infection and runny, sensitive eyes, both likely side effects from FVR. Think of it as a forever cold that lives in her system and will flare up if she's stressed or otherwise compromised. She's been outwardly healthy now for well over a year. 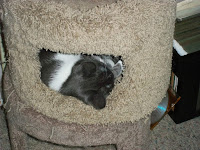 •  She has the virus in her system that causes FIP. I just have to keep an eye on her to make sure it doesn't flare up, because this one can kill her. The symptoms are those runny eyes, like she had at the shelter, and diarrhea.

Since, God willing, this little girl and I have 6 or 7 more years together, I have to chill out about this. I have to concentrate on keeping her healthy and treasuring her, not waiting for her to die.


1) The subject of this song is frankly sexual. Do you blush easily? I don't think so. But it's hard to tell from the inside if you're blushing, isn't it?

2) Prince was his real first name (Prince Rogers, to be exact). Growing up, his relatives called him "Skipper." Do you have any nicknames within your family? My dad had nicknames for me when I was very young. "Mouse" and "Andy Panda."

3) Prince said he was "obsessed" with Mozart and read whatever he can find about the composer. What's the last book you read? The Chairman. It's the final volume of James Kaplan's biography of Frank Sinatra. What a life that son of a bitch had! I was tired just reading about it.

4) Between Prince and The Beach Boys, the Corvette is a much sung-about car. Tell us about your vehicle. No car

5) In the 1980s, when Prince was popular, MTV could turn a song into a hit. In 2016, where do you hear new music? They play music videos at the health club. Where I must go to more often.

6) In 1982, when "Little Red Corvette" ruled the airwaves, Braniff Airways shocked the travel industry and threw passengers into chaos by declaring bankruptcy. When did you last fly? Did your trip go smoothly? I spent Christmas in the Keys. The last flight, the one from Key West, went well enough. But the one going down there ... OY! Security was arduous. I was really afraid I'd miss my flight. 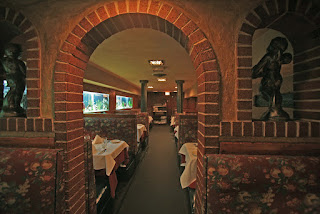 8) 1982 is the year Cheers premiered. The sitcom was set in a bar where "everybody knows your name." Tell us about your favorite local bar or restaurant. La Cantina. It's a little restaurant tucked away in a basement. I think being a cellar gives it an acoustic advantage: It gets busy but it never gets noisy. And the manicotti! It literally melts on your tongue.

9) The 1980s were considered a highpoint in professional tennis, with Jimmy Connors and John McEnroe dominating the sport. Do you play tennis? Badly. Very badly. I don't even try anymore. 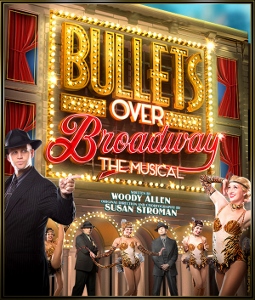 Saw Bullets Over Broadway this week. Instead of my usual theater buddy, Barb, a coworker was in the seat beside me. And nothing was as good.

The play wasn't as good as the movie. I was disappointed because Susan Stroman directed and choreographed this and she can be marvelous. But the music was ... weird. None of it was original. Why "Hold that Tiger!" and "Yes, We Have No Bananas?" Didn't make sense. And a musical whose musical score doesn't move the action along is, well, weird.

The company wasn't as good. My coworker was excited to be there and clearly enjoyed hanging out with me, which was flattering. But I miss Barb, and I'm worried about her. I've known her for more than 20 years and have been going to the theater with her nearly that long. She's supposed to be in the seat beside me. I can't wait for her to get well. 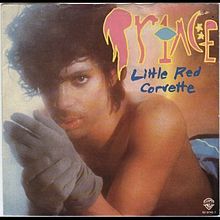 Prince died this past Thursday. I heard about it on the way back from lunch with my neighbor, Nancy, a freelancer who coincidentally is working in the same 83-floor office building as I do. She prefers her coffee from Caffe Rom, not Starbucks. While her order was being prepared, the counter girl started telling me about Prince. She said it with such urgency. it was like she was handing off plutonium. I was surprised that someone so young (late teens?) cared so much. She was more upset about it than I was, and I'd lived Prince's 80s heyday.

I can't claim to be much of a fan. I have just six Prince songs on my iPod. "When Doves Cry," "Purple Rain," "1999," "Kiss," "Let's Go Crazy" and my favorite, "Little Red Corvette." It's that last one that is etched indelibly in my consciousness.

When it was popular, I was in the first flush of a very passionate and ultimately very destructive affair and that song summed the powerful lust that had overtaken me. It was reckless and distracting. We couldn't keep our hands off each other. I remember that spring was unusually warm and we did it everywhere. And that song seemed to be playing everywhere -- in bars, from passing cars (radio still mattered back then), through open windows, in the bars, in my head.

Then there was "So Emotional." That relationship devolved into something very unhealthy very quickly. We were still lovers but no longer friends. The affection dissipated but the lust remained. By the time Whitney's song had taken over the airwaves and the jukeboxes (jukeboxes still mattered then), this was who we were. "I remember the way we touched, I wish I didn't like it so much ..."

So when I see that meme that's going around of Bowie and Prince, meeting up in heaven for a super jam, I shake my head. You guys have it wrong. In my celestial 80s oldies concert, Prince opens for Whitney.