I was so happy this morning. I dropped a bag of pasta, condiments, soups and some toiletries off at the food pantry. Usually seeing so many people there would give me the blues, but today the long line made me feel like I was really making a difference in my community. (I've heard donations are down.) Then I read and had a decent little coffee shop breakfast, followed by a trip to the bank and an eye exam. (Yes, my eyes are worse, but the prescription is different enough that I was able to get funky new glasses.) Then I got home and IT was in my maibox.

After reviewing the mammogram you had on 7/3/09, our radiologist requested that you return for additional studies for a complete evaluation. Most such findings are b 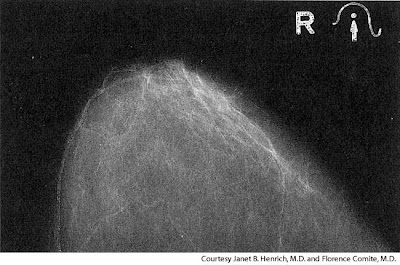 enign (not cancerous). A report for your mammography results were sent to your physician, whom you should call to discuss this matter further ....

My doctor won't be in until Monday, so there really isn't anything I can do about this. I looked up follow-up mammography and found that the odds are overwhelmingly in my favor -- between 1% and 6% of findings turn out to be malignant (depending on which study you're looking at). That means between 94% and 99% turn out to be benign.

I'm trying not to obsess.

Abigail Breslin as Olive Hoover. Little Miss Sunshine is on the USA Network this morning and I'm enjoying it (again) thoroughly.

I've seen her in other movies since Little Miss Sunshine and she's always very good. But there's something so perfect about her as Olive and the way she responds to all the absurdity around her. She's so sweet and confused as she tries to figure out who she is and what her place is in the world -- and in this family.
Posted by The Gal Herself at 7/11/2009 09:05:00 AM 2 comments:

I have seen two movies in the past week and enjoyed them both.

THE PROPOSAL. It's fluff. It aims low but it hits its mark. It's fun to watch the Sandra Bullock character evolve, and Ryan Reynolds is a cutie. The supporting cast is full of highly capable pros (including Betty White). There isn't a single plot twist we don't see coming from a million miles away, but that's OK. Anticipating the romance is half the fun.

PUBLIC ENEMIES. I enjoyed it enormously. Johnny Depp inhabits the character of Dillinger, and he looks

very, very good as he does it. It's less successful than The Proposal because it tries to do soooo much more. It's about Dillinger's relationship with his beautiful "black bird," Billie. It's about Dillinger going mano a mano against Melvin Purvis. It's about Purvis making peace with his role in J. Edgar Hoover's FBI. It's about Dillinger finding his place in a criminal world run more and more by organized crime ... Unfortunately, none of those stories is very well fleshed out. So while I appreciated how well made it is, and was intrigued by the stories, I wish it had tried to do less and achieved its goals (like The Proposal does).
Posted by The Gal Herself at 7/11/2009 02:00:00 AM 2 comments:

The Knives Are Out

The Cubs lost to the Cardinals. That's always bad news. First of all, because all right-thinking Northsiders hate losing to our rivals from the other side of the state line. Secondly because, since the Cards are in our division, it's as though these games count double.

As fans, we're frustrated. This is, on paper, a very solid team. Yet on the field, they just can't seem to get together, to play cohesively, and WIN consistently. The pitching is solid but the hitting is spotty, then the bats come alive but the fielding sucks, then the defense is tight but the base running is stupid ...

The scapegoat for everything that's gone wrong seems to be Alfonso Soriano. His bat is lukewarm and he's only seems able to hit when the bases are empty. He's been losing balls in the outfield. All this is true. But it's true of just about everybody except Theriot and Lee.

But it's Soriano that seems especially annoying to the fans. The papers and sports radio shows reflect this. I feel bad for Fonzie. I believe he's trying ... perhaps even too hard, maybe that's why he's choking.

Here's hoping he can turn it around. There's still (a little more than) half a season left. Anything can happen ... including vindication for Soriano.
Posted by The Gal Herself at 7/11/2009 01:25:00 AM No comments: