1. What is the most fun thing you have ever done? Ever? That's a little broad, isn't it? So instead I'll tell you the most recent fun thing I did: I laughed a lot with my oldest friend on the phone on Friday. That made me happy.


2. Are you left-handed or right-handed? I'm a rightie. In fact, my chiropractor deemed me "unusually right dominant." Meaning I have strength in my left arm but little dexterity in my left hand. Can't even brush my teeth with my left hand.


3. What is the nicest thing someone has ever done for you? Again, ever is just too broad for me. So instead I'll you the most recent really nice thing someone did. A former coworker, Doreen, sent me a magazine published to commemorate the 50th anniversary of The Beatles White Album. She said the moment she saw it, she thought of me. How sweet was that?


6. Do you ever have funny dreams at night? Occasionally.


7. If you could make a law for your country, what would it be? I'd ban assault weapons.

8. What would you do if you were invisible for a day? Eavesdrop


9. If you could be someone else for a day, who would you be? Emma Stone. Because she's so cute.


10. What would you like to change about yourself? My complete lack of discipline.


11. What is your daily routine. Get up, get out of bed. Drag a comb across my head.


12. What would your perfect day be like? Sleep in. Have a coffee house breakfast. Go to the ballpark. Sit in the sun and watch the Cubs beat the Cardinals. Stop for a beer in Wrigleyville to celebrate.


13. How old were you when you learned to read? First grade.


14. What is the most interesting thing you know? President Kennedy's classmate and lifelong best friend, Lem Billings, invented Fizzies.

15. What makes you nervous? Air travel


16. What is your favorite flower? Carnation


17. Have you ever ridden on a horse or any other animal? I've ridden a horse and an elephant (though not Ziggy as referenced in Q4).

Photos I found when looking stuff up

Discovered when working on my Oscar blogathon post. Here are Natalie Wood and her new hubby, Robert Wagner, demonstrating their domestic bliss for a fan magazine. What the hell is going on here? Are we supposed to believe that Nat called out, "Hey, RJ! I'm perched on the ironing board, with our poodle. Let's make some phone calls!" 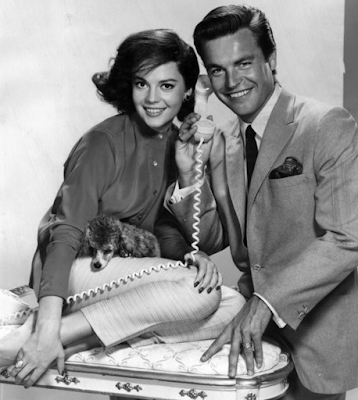 From the ridiculous to the sublime. While reading about the passing of Lee Radziwill, I came upon JBKO photos I've never seen before. They were taken in Virginia during the summer of 1945, while the Bouvier sisters were vacationing with their father. Sixteen-year-old Jackie looks so natural in these pictures, taken at least seven years before she met John F. Kennedy and entered history. 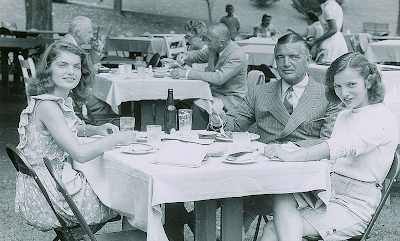 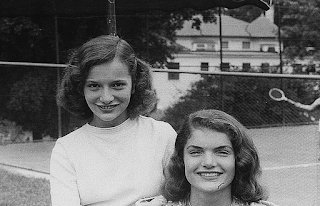